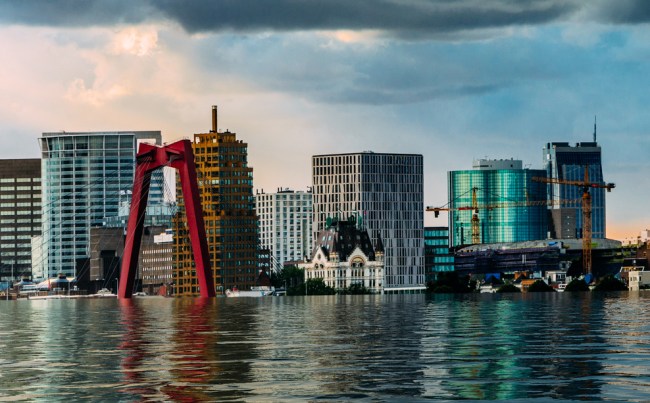 You have to have your head glued pretty firmly inside your own ass to deny there have been noted changes in the global climate over the past few decades, and if you’ve ever uttered something like “HoW cAn GlObAl WaRmInG bE ReAl WhEn ThErE’s StIlL sNow???” you might as well just stop reading now because I’m doubtful anything I write here is going to impact your worldview.

Sure, we might never live in a world where The Day After Tomorrow becomes a documentary but we certainly aren’t on the best trajectory given virtually all of the evidence at hand, including a study that was released earlier this year that warned civilization as we know it may end by the time 2050 rolls around.

Some of the world’s greatest minds are doing what they can to combat climate change (and some of them have been impressively hypocritical while doing so), and while there are some steps we may be able to take to mitigate the impending doom, all the evidence points to us not doing it fast enough.

Now, we have some more proof in the form of a paper that was recently published in Nature Communications that seems to corroborate the claims made in the aforementioned study concerning the state of the world in 30 years.

According to The New York Times, researchers Scott Kulp and Benjamin Strauss—who work together at an organization devoted to studying the world’s climate—say over 150 million people are currently residing in areas of the world that could be covered in water in 2050.

The outlet put together a few graphics to show the severity of the situation that are worth checking out if you’re interested but the major takeaway is that cities including Mumbai, Bangkok, and Shanghai could all see themselves at least partially submerged as the next few decades progress (based on the projections, the entirety of South Vietnam would all but vanish off of the map).

While there are some proposed solutions ranging from attempts at relocation to massive construction of barriers, it’s certainly not going to be easy to combat a problem that doesn’t look like it’s going to solve itself at any point in the near future.

Good luck to us. We’re certainly going to need it.