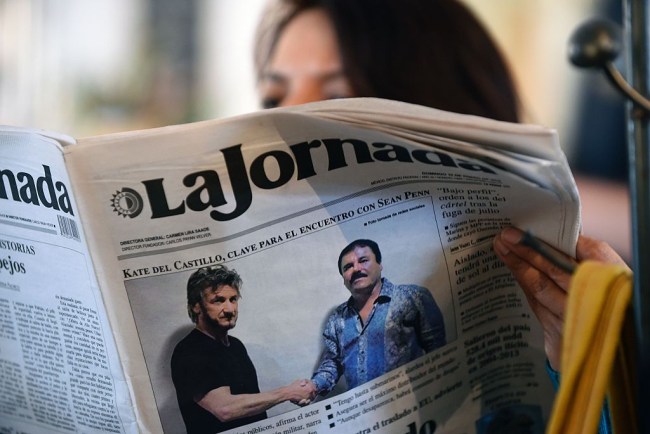 Claudia Ochoa Felix had three children and was married to José Rodrigo Arechiga, who was the head of Los Antrax, which is an armed enforcement wing of the Sinaloa drug cartel that was composed of a group of elite assassins. José Rodrigo Arechiga, nicknamed “El Chino Ántrax,” was arrested for drug trafficking in 2013 at the Amsterdam Airport at the request of the United States. He was extradited to the U.S. and pleaded guilty on March 20, 2015. He admitted that he facilitated shipments of cocaine, methamphetamine, heroin, and marijuana from Mexico to the U.S. for Joaquin Guzman’s Sinaloa Cartel. Claudia allegedly assumed the role of leader of Los Antrax and was crowned the “Empress of Antrax.”

She was known as the Kim Kardashian of the Cartels: Claudia Ochoa Félix flaunted her ties to infamous narcos on her instagram. She was even rumored to be a high ranking member of Los Ántrax, a hit squad for the Sinaloa Cartel. However, she denied that she had any real involvement in the violent drug world. Last week, on September 14th, Ochoa Félix was found dead in her home in Culiacán from an apparent drug overdose. #narcos #drugcartel #narcosmexico #losantrax #sicario #claudiaochoafelix #ochoafelix #hitman #kimkardashian #kardashian #cartels #sinaloa #culiacan #druglords #narcotrafficante #socialmediainfluencer #influencer #sinaloacartel #cartels #drugsinc #model #gangster #eljefe #queenofthesouth

Last week, Claudia Ochoa Felix was found dead in the bed of her presumed lover at a home in Isla Musala in the city of Culiacan in the Mexican state of Sinaloa. The night before her death, Claudia allegedly went out to dinner and then to a nightclub. She was found unresponsive in the morning and later pronounced dead. Authorities say there was no foul play in Ochoa Felix’s death.

“What we can assure is that the death specifically derived from a non-violent cause,” Sinaloa Prosecutor General Juan José Ríos Estavillo said. Estavillo added that they conducted an autopsy and toxicology report found “various [substances] this person consumed and they tested positive.”

“All of this compromised her organs, which caused the death,” Estavillo said. “But what we can assure is that the death specifically derived from a non-violent cause.” Authorities did not reveal what drugs they found in her system.

The Telegraph reported that Claudia escaped an assassination attempt last month, but “another woman was mistaken for her and killed.”

Ochoa Felix was a model and Instagram influencer with over 294,000 followers. Before her Instagram page was made private, the curvy brunette’s account had plenty of selfies, luxury automobiles, gold and pink AK-47s, designer handbags, posing with lions, and lavish vacations around the world.

Claudia denies her involvement in the Sinaloa Cartel and called them “cowardly lies and slander” on Twitter.