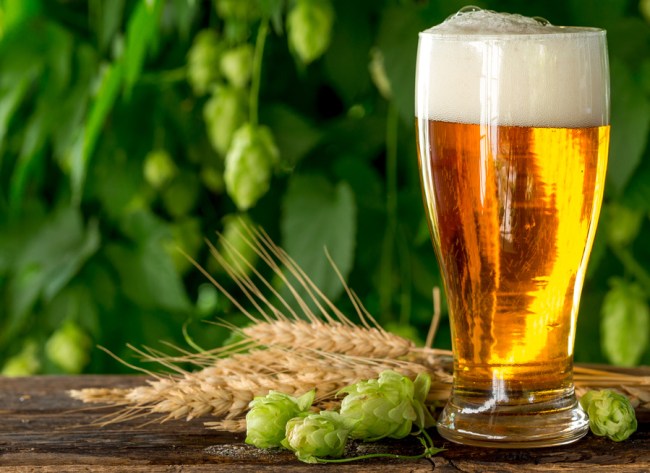 I couldn’t even begin to estimate how much money I’ve spent on craft beer over the past decade and would firmly turn down the chance to find out if I was ever given the opportunity because of the tidal wave of regret that would wash over me as soon as I laid my eyes on the sum I’ve devoted to what I describe as a “hobby” and what some medical professionals would refer to as “a drinking problem.”

Unlike some of the aficionados I’ve encountered over that span, I haven’t deluded myself into thinking I still would’ve spent the past few years routinely waking up at 7 AM on a Saturday in order to stand in line at a brewery for three hours for the privilege of dropping $20 on a four-pack if the liquid within those cans wasn’t chock-full of alcohol. With that said, I’ve reached a point in life where I no longer pull out my phone to calculate the booze-to-price ratio that was once the primary motivator in the majority of my purchasing decisions.

I’m not going to deny I occasionally enjoy the side effects that come with crushing a few triple IPAs or housing an entire bomber of an imperial stout in a single sitting, but at the end of the day, my love for some damn good beer is why I’ve decided to go on vacation to places based almost entirely on their brewery scene and routinely subjected myself to navigating hordes of bearded dudes at beer festivals who are too busy checking into Untapped to pay attention to their surroundings.

I still haven’t reached the “Get Way Too Into Homebrewing” stage of Craft Beer Nerdom but I’ve made a concerted effort over the years to bulk up on my beer knowledge. Sure, I may have only started to familiarize myself with the beverage in an unconscious attempt to justify how much of it I consumed but I eventually became genuinely interested in learning as much about it as I could.

It’s wild to think how far the beer industry has come since I experienced my first real “Holy Shit!” Moment courtesy of a college buddy from Vermont who implored me to take a sip from a sleek silver tallboy he’d brought back to campus that contained a magical elixir called “Heady Topper.” At the time, the likes of Sam Adams, Sierra Nevada, and Dogfish Head were leading the charge, but shortly after I had my eyes opened, there would be an explosion of microbreweries that would help usher in a new era defined by some of the best beer the world has ever seen.

While it appears the pandemic has brought that boom to an abrupt end, the producers who have managed to weather this storm may be facing a new problem courtesy of climate change, an issue that has taken a bit of a backseat to the current crisis as people have shifted their focus to the thing currently bringing society to its knees as opposed to the one that could bring civilization as we know it to an end within the next few decades.

The gradual rise of global temperatures is poised to fuck our shit up in a wide variety of ways, and while this may be relatively low on the list of concerns, a researcher at North Carolina State University says this trend could potentially change to taste of beer as we know it.

Colleen Doherty is an associate professor of molecular and structural biochemistry at the school and recently wrote an article outlining how climate change is fundamentally changing beer’s key ingredients—especially hops, which are primarily responsible for the flavor of your brew. While genetics are a key factor in defining the many unique strains that have played an instrumental role in the explosion of the New England IPA, the taste they impart is also influenced by the areas where they grow (similar to the “terroir” that impacts the flavor of the grapes used to make wine in various regions around the globe).

While Doherty says more research needs to be done, she believes that warmer temperatures are poised to alter the growth cycle of hops and says this could influence their development in a number of ways. Younger hops will likely be more susceptible to damage (which could subsequently influence price and availability) but those who manage to endure will face another issue thanks to how climate change stands to impact their “circadian clock,” as plants have a sort of “switch” that controls certain biological changes that only occur at certain times of the day.

One of those involves the defense mechanisms that are deployed to ward off pests that are only active during the day, which come in the form of the compounds that give hops their distinct aroma. Doherty suggests this could lead to “jet lag” as a result of plants having a harder time differentiating day from night as evenings get warmer (which could also lead to fungi and bacteria that feed on the crops operating for longer than normal), which could fundamentally alter the flavor profile of the beer made with them.

The jury is still out on how big of an impact this could have as far as the taste of beer is concerned, but as I see it, the most intriguing aspect of this development has less to do with how this could affect smaller producers that pride themselves on constant experimentation and more with how it’ll influence major players who produce largely unremarkable macro lagers mostly targeted at consumers who are loyal to a particular brand because they’re accustomed to a certain taste. Sure, Budweiser and Coors Light might not exactly fit the definition of “hop bomb” but that doesn’t mean the plants aren’t just as instrumental when it comes to the flavor of the final product (it’s worth noting Doherty warns barley, wheat, and other grains could also suffer a similar fate).

With that said, I have no doubt that those companies will figure out a way to use some of the billions of dollars at their disposal to dream up a solution that ensures they won’t have to deal with the wrath of angry Heinekin drinkers who somehow didn’t object to the taste of the beer the first time they took a sip. Regardless, this will still be an interesting situation to keep an eye on as we gradually inch closer to the downfall of humanity.