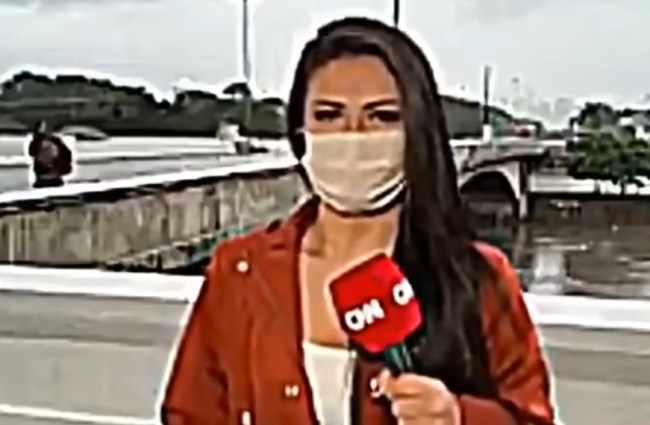 I’ve never been a criminal – unless we count stealing a paycheck while pretending to work at jobs I hated – but isn’t the entire point of being a criminal to get away with a crime?

No criminal robs a bank, steals, or murders, with the intention of getting caught and the best way to not get caught is to not commit a crime with witnesses. Especially not in front of millions of witnesses watching live television.

This thief in Brazil just didn’t give a flip and mugged a CNN reporter in Brazil at knifepoint in front of a live camera.

Bruna Macedo was filing a live report on the rising water levels from heavy rain at Sao Paulo’s Bandeiras Bridge. The suspect can be seen in the background – multiple times – and at one point the camera is pointed directly at the thief.

This moment of fame didn’t stop the man from crossing over to the reporter and holding her up live on air.

Macedo greats the robber at first, not understanding what’s going on, then quickly hands over two cell phones during the attack.

According to News AU, the man is allegedly homeless. He obviously has nothing to lose trying to pull off a crime on live TV.