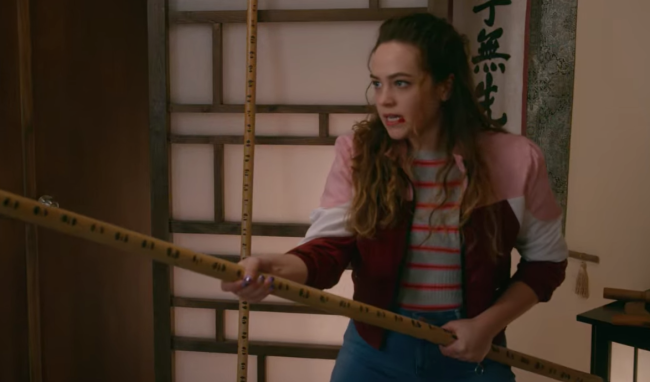 I wasn’t alive when “The Karate Kid” hit theaters in 1984 and made the Cobra Kai dojo infamous, but the PG-rated version of Bloodsport has managed to stand the test of time. Based on how much I love the beloved Ralph Macchio vehicle, I was thrilled to hear the franchise was getting the reboot treatment in the form of “Cobra Kai”—which featured some of the original cast in addition to new faces like Mary Mouser—eight years after the release of another reboot of “The Karate Kid” whose existence I prefer not to acknowledge.

I was slightly less thrilled when I discovered I needed a YouTube Premium subscription to watch “Cobra Kai,” and even though it received a ton of praise when the first season debuted in 2018, I wasn’t going to shell out $12 a month just to watch it.

Thankfully, Netflix used some of the obscene amount of money it’s sitting on to acquire the rights to “Cobra Kai,” which landed on the platform last summer. After finally getting the chance to dive in, I was immediately hooked thanks to the perfect blend of nostalgia and modernity and the performances of newcomers like Mouser who introduced some fresh faces into the mix.

For the uninitiated, the actress plays Sam on “Cobra Kai,” who is the daughter of Macchio’s Daniel LaRusso. The original Karate Kid channels his inner Mr. Miyagi by passing down his knowledge to his offspring, who routinely puts what she’s taught to good use.

Mouser recently chatted with Whistle as part of its “Meet the Pets” series, where she was joined by Lady Charlotte, her Cavalier King Charles Spaniel who arguably steals the interview. The majority of the conversation revolves around her incredibly tight relationship with her dog, who resides with her on the set of “Cobra Kai” to provide her with a bit of comfort after long days of filming that often results in her coming back with bruises as a result of the stunts that come with the role she plays.

Her loyal companion may be the main attraction here, but Mouser also sheds some light on the work that goes into filming the various fights Sam engages in around the 5:40 mark of the video below.

Mouser reveals that prior to filming each season, she spends about a month training with experts for a crash course in karate and fight choreography. She’s yet to receive an actual belt for her efforts, but based on what she’s managed to pull off over the three seasons of “Cobra Kai” that have come out so far, I feel like she should at least get an honorary one.