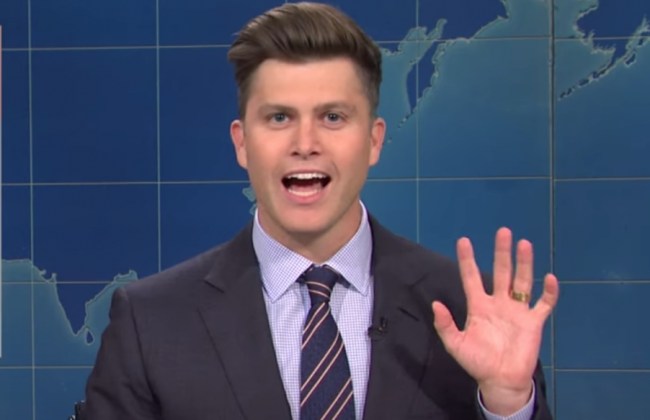 Colin Jost marrying Scarlett Johansson sort of reminds me of that buddy from college who stumbles into the apartment the morning after hitting way out of his league. Now, don’t get me wrong, Colin Jost is objectively handsome, obviously hilarious (hosting the iconic “Weekend Update” on Saturday Night Live is sort of a big deal), and overtly intelligent (he went to Harvard University, ever heard of it?), but still, ScarJo is simply out of everyone’s league, so the point remains.

You remember those nights. It starts with “Hey, what happened to Chris last night?” Check his room, not there. Shoot him a text, maybe even a call — no answer. Next thing you know, you hear the lock on the front door jiggling before it opens, followed by a disheveled and deathly hungover-looking Chris.

“Dude, what the hell happened to you last night? When we closed out our tab you were already gone?”

The impending-illness shade of green on his face turns to into a bright glow. A grin begins to burst from the depths.

The room goes silent. What did he just say? Joey Rippers puts out his cigarette and asks the questions on everyone’s minds. “Bro… did you…?”

The formerly still and dour living room explodes as those who were in the heat of battle against the after effects of alochol just moments ago now rise with the energy of a thousand suns to congratulate their brother on his accomplishment. Daps are had, details are shared, and beers are cracked. The cycle begins again.

And… that summarizes how I feel about Jost rocking a borderline absurdly large and flashy wedding band in his first post-marriage shift on Saturday Night Live. The dude just hit a home run so far it’s left Earth’s orbit entirely, as marrying Scarlett Johansson has likely been the subject of literally every man’s fantasy at one point or another during the last two decades. Whomst among us would not flex this achievement at every opportunity? 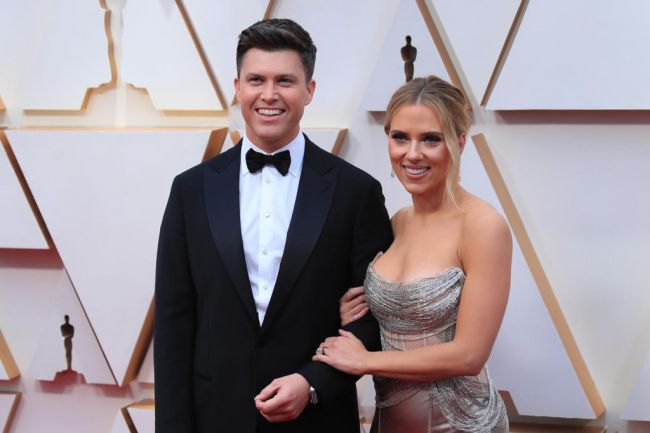 I’m actually surprised he didn’t pull up to the Weekend Update desk in his tux or roll up to the 30 Rock parking lot in the “Just Married” limo with the tins cans tied to the bumper. The screenshot above doesn’t really do it just, either, ya just gotta watch the video and see this thing in live-action for yourself, swinging around and gleaming in the light and banging on the desk. It’s just magnificent.

In all seriousness, though, all the credit to you, Colin, you are truly the man. Congratulations to you and your lovely wife. Hopefully, the next time I see you on my TV screen, it’s in a better world.