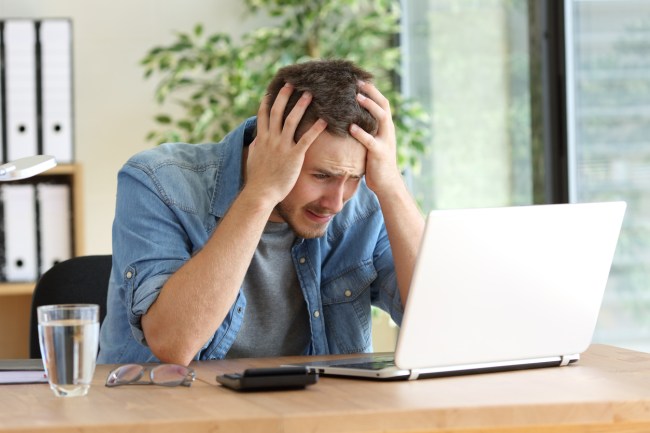 Finding love is too easy nowadays. I met my girlfriend of two years while taking a dump. No, she wasn’t in the stall with me, but she was likely in a different stall doing whatever girls do in the bathroom (not pooping), mindlessly swiping on Tinder in hopes that strangers would consider her four photos attractive. Just like me. Hi sweetie, if you’re reading this, what do you want for dinner tonight? No, you pick.

The story I am about to present to you is an inspiring story about never giving up on love, even if love gives up on you.

Carlos Zetina, a freshman at the University of Calgary in Canada, met a young woman at a bar named Nicole. Mr. Zetina helped Nicole and her friend catch a cab home from the bar last night and when he asked her for her number before she hopped in, Nicole gave him the wrong one. More like Ni-COLD amiright?

Despite the obvious ghosting, Carlos was determined to win Nicole’s heart, but he didn’t know her last name, or a working cell phone number, and was up shits creek without a paddle.

So he did what any man would do: used the campus directory to start a mass email chain involving 247 people with the name Nicole.

A guy emailed 246 Nicoles trying to find the one he met at a bar and now a bunch of them are friends https://t.co/4mj9qtFzw3 pic.twitter.com/K2hXOE8GX3

The message has the subject line: ‘Met you at a bar last night and you gave me the wrong number.’ The copy reads:

Hi, this is a mass email to all the Nicole’s if you don’t fit the description then ignore and if you are the one and just don’t want to talk to me that’s ok as well.

If your name is Nicole and you’re from Holland and you think Nietzche is depressing then text me (Carlos inserts his phone number here). I’m Carlos by the way I’m the guy who took you and your friend home last night.

Seems like a genuine standup dude. Awful grammar, but respectful and polite.

So what does Carlos get for putting himself out there? removed from the email chain so the Nicoles could start a hashtag: #NicolesFromLastNight, connect with each other online, and form a sisterhood of Nicoles. All while Carlos is presumably sobbing into a dryer sheet.

It was later revealed that the Nicole Carlos intended to reach never received the email because she’s an exchange student without a university email.

“She’d only been in Canada about a week so she accidentally gave him the wrong number; she wasn’t totally familiar with the Canadian phone numbers,” said a University of Calgary student. “I think they’re planning on hanging out but this whole situation has blown up so much that I think she’s a little overwhelmed.”