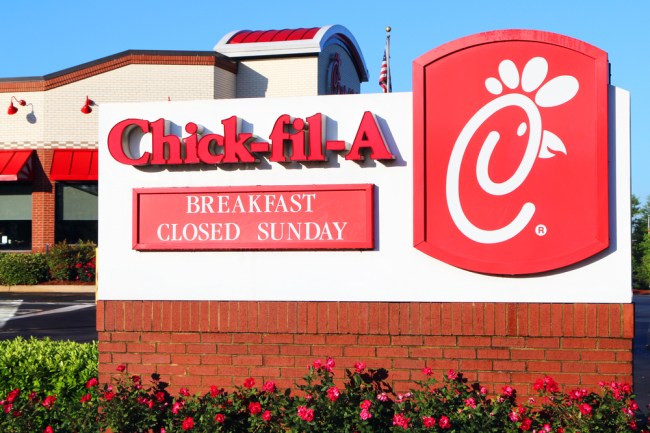 You know the deal, you are starving so you start driving to Chick-Fil-A to get yourself a deliciously tender chicken sandwich. About halfway there it dawns on you — today is Sunday — Chick-Fil-A is closed. A crushing moment because you are forced to divert your plans and go to an inferior fast food purveyor. Chick-Fil-A has been closed on Sundays since 1946 so that employees can spend time with their families but last week, a Chick-Fil-A in Colorado opened their doors and fryers to feed first responders who were attempting to help victims of a deadly shooting.

On Sunday morning, there was a shooting that happened in Highlands Ranch near Denver. Police were responding to a disturbance call in an apartment complex when a suspect opened fire on several deputies. Three Colorado deputies were wounded during the shootout including Michael Doyle, 28, Taylor Davis, 30, and Jeffrey Pelle, 32. Castle Rock police officer Tom O’Donnell, 31, and two civilians suffered injuries from the ambush. Thankfully, all of which are in stable condition. Sadly, Douglas County deputy Zackari Parrish was killed during the shootout. The 29-year-old Zackari is survived by his wife and two young children.

The local Park Meadows Chick-Fil-A opened up on a Sunday and cooked up hot meals for the first responders who were working during the tragedy. “With heavy hearts and lots of community support three Douglas County, Jefferson County and other County officers are helping with food 400 sandwiches for first responders. Our prayers are with all that serve and their family’s,” the restaurant wrote on Facebook.

Two weeks ago, another Chick-Fil-A restaurant came to the aid. There were thousands of passengers who were stranded at the Hartsfield-Jackson Atlanta International Airport when a major power outage crippled the airport and Chick-Fil-A delivered food to hungry travelers.