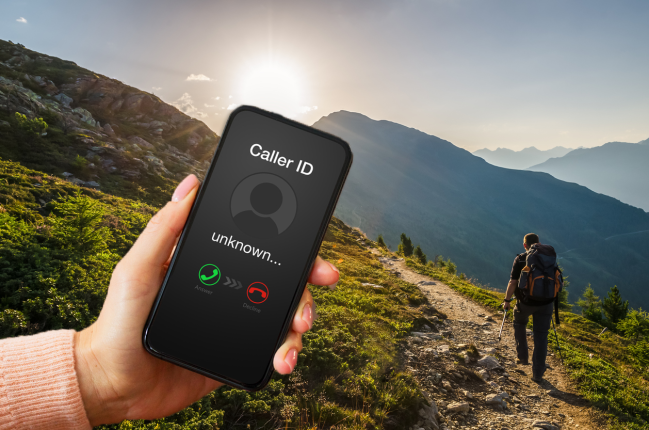 Earlier this month, a man became lost for 24 hours while hiking on Colorado’s highest mountain, Mount Elbert. His reason for getting lost for so long could not be more relatable.

According to a statement released by Lake County Search and Rescue, repeated attempts to contact the man went ignored. He did not pick up or answer because they were coming from an unknown number.

Around 8:00pm on October 18th, the hiker was reported missing after failing to return to his place of lodging. Five rescue team members were deployed around 10:00pm that evening and set out to search “high probability areas” on the 14,440ft peak.

They returned around 3:00am the following morning with no success.

After sunrise, a second team set out at about 7:00am to search areas where hikers “typically lose the trail.” They then discovered that the man had returned to where he was staying around 9:30am. More than 32 hours were dedicated to the search.

However, it could have all been avoided if the man had just answered his phone.

Upon being found, the hiker told authorities that he had gotten lost around nightfall and “bounced around on to different trails trying to locate the proper trailhead.” Eventually, he gave up and went back to his car the next morning, about 24 hours after beginning the hike.

He said that he had “no idea” anyone was out looking for him. His reasoning is incredibly relatable.

“One notable take-away is that the subject ignored repeated phone calls from us because they didn’t recognize the number,” Lake County S&R said. “If you’re overdue according to your itinerary, and you start getting repeated calls from an unknown number, please answer the phone; it may be a search and rescue team trying to confirm you’re safe!”

It seems like robocalls and marketing scammers are calling more often and getting more creative these days. At least once a day, an unknown number is calling with questions about an extended warranty, or car insurance.

And recently, they’ve been calling from the same city from where people grew up or are currently living. Sometimes, they even include a fake name similar to someone or somewhere that a person has been with or spoken to recently.