Columbia Marching Band Shuts Itself Down Due To ‘Sexual Misconduct, Assault, Theft, Racism’ And More 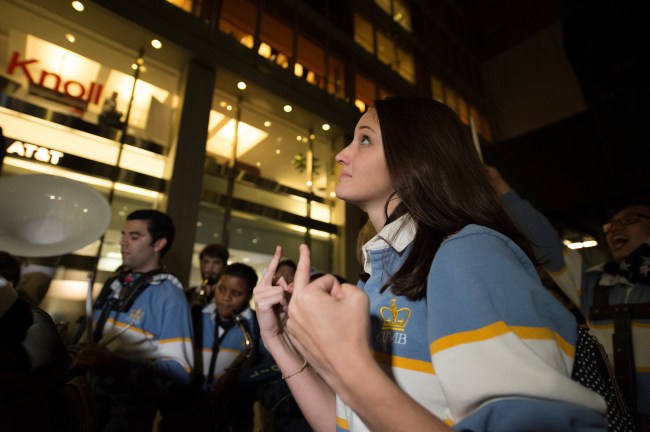 The New York Times ran a story about the breakup of the Columbia University Marching Band, and it’s a doozy. Apparently the band decided to cancel itself—a rising trend of late—for all sorts of alleged bad behavior.

In announcing its decision to disband, Columbia University’s marching band said it has had “a history riddled with offensive behavior.” https://t.co/jXrp6jRh62

First, this might be a joke. From the fact that the band’s acronym is CUMB to their history of hijinks over the decades, I can’t dive into this story without acknowledging the possibility of a ruse here. The Columbia Marching Band seems like a lawless bunch, from the tubaists to the Nick Cannon wannabes. If this IS a joke, it’s a risky one. Seems like a strange, quixotically meta way to either draw attention to sexual assault, racism, misogyny, or to mock these things altogether, which is a very bad idea in 2020. But hey, they’re Columbia students; there may be a method to their madness.

With that out of the way, let’s proceed under the impression that this is real. The Columbia University Marching Band has disbanded. They are no more. Until they emerge under a new name, with new ideals and a promise to never commit acts of racism, misogyny, sexual assault, theft—let’s just call it “bad stuff”—again.

The idea that an Ivy League marching band had to cancel itself because of the sort of behavior you might expect from a really evil frat is hard to square. I’m sorry if my perception is naïve but our Ivy League marching band SEEMED like an extremely inclusive, welcoming, aware organization. It was diverse and nerdy and fun. Thus, upon reading this headline about the CUMB kids, I just assumed that the band was hyper-woke and holding itself to a crazy standard of ethical behavior, shutting itself down as a display of progress and awareness. But actually, they accuse themselves of some really horrific behavior:

Its announcement, first reported by the Columbia Daily Spectator, came after numerous postings on a Facebook page called Columbia Confessions, which included a range of complaints and accusations, including band members using a Native American war cry at a game, personal accounts from former band members of lewd behavior, binge drinking and sexual harassment at band gatherings and parties and sex involving band members who were too drunk to give their consent.

An interesting wrinkle here is that the current band levied these accusations against not only themselves, but against the band members that came before them. To this, the CUMB alums completely denied any wrongdoing:

But the Columbia University Band Alumni Association, made up of former band members, said in a statement that they “categorically reject the characterization of the band’s history made by the members who voted to dissolve the group.”

The association’s president, Samantha Rowan, said the band had “never been a racist or sexist organization, nor has it promoted racism, nor has it fostered sexual harassment, misogyny or cultural oppression.”

As I see it, there are three possible truths here:

Whatever it is, it’s a bold strategy. Because once you accuse yourself of sexual harassment and overstepping the lines of consent, breaking up the band doesn’t exactly seem like an adequate punishment. Right? I mean… shouldn’t there be an investigation here? Some expulsions? Maybe that’s happening as I write this. What a weird story.