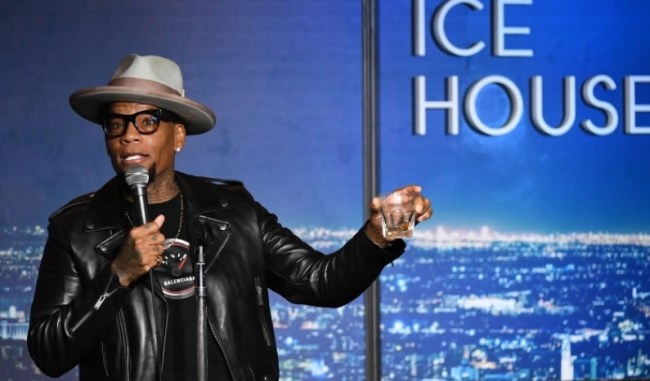 On Friday night a scary video of D.L. Hughley collapsing on stage while giving a comedy performance made its way on the Internet.

The video shows the 57-year-old star of “The Original Kings of Comedy” abruptly pause will in the middle of a sentence and fall off his stool. Hughley’s manager then rushed to the stage, but not before the comedian hit the ground while a shocked crowd watched in horror.

DL Hughley passed out during his stand-up show at Zanies Nashville tonight. Prayers up for him! pic.twitter.com/qoE1CzbqHf

On Saturday, Hughley revealed that he was taken to the hospital and tested positive for Coronavirus, which caused his collapse.

“When I came I was being treated for extreme exhaustion and dehydration — which, I was very dehydrated,” he said in a video on his official Twitter account. “But it turns out they ran a battery of tests and I also tested positive for COVID-19, which blew me away. I was what they call asymptomatic.” “I just lost consciousness,”. “So, in addition to all the other stuff you have to look out for, if your ass pass out in the middle of a show, on stage, you probably need to get tested.”

Hughley thanked fans for their prayers and says he will go quarantine in his hotel room for 14 days.