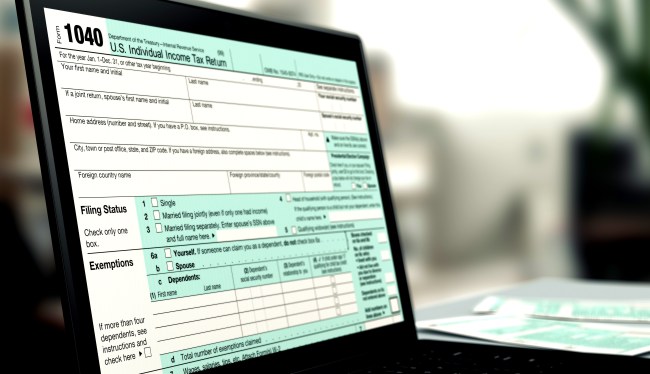 Tax Day is almost upon us, which for those not receiving tax refunds is not the greatest of news. But hey, it could be worse! At least the government lets many people in America file their taxes online for free, right?

Not so fast. It actually could be even easier, but…

If Congress gets its way, and it is looking like it could with something called the Taxpayer First Act, according to a new report by ProPublica.org, the government is about to make filing your taxes for free online with the IRS permanently illegal.

In one of its provisions, the bill makes it illegal for the IRS to create its own online system of tax filing. Companies like Intuit, the maker of TurboTax, and H&R Block have lobbied for years to block the IRS from creating such a system. If the tax agency created its own program, which would be similar to programs other developed countries have, it would threaten the industry’s profits.

“This could be a disaster. It could be the final nail in the coffin of the idea of the IRS ever being able to create its own program,” said Mandi Matlock, a tax attorney who does work for the National Consumer Law Center.

Experts have long argued that the IRS has failed to make filing taxes as easy and cheap as it could be. In addition to a free system of online tax preparation and filing, the agency could provide people with pre-filled tax forms containing the salary data the agency already has. 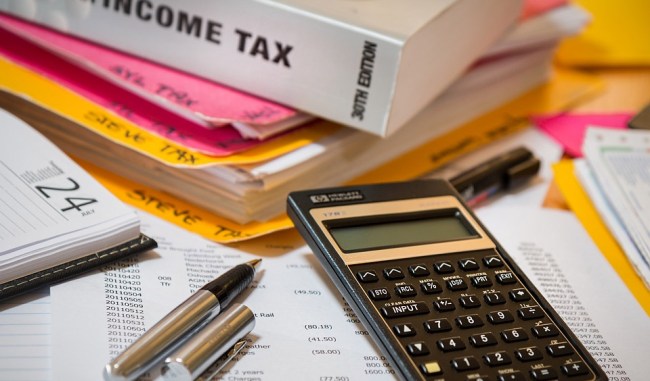 According to the Free File Alliance, 70 percent of American taxpayers (those making under $66,000) are eligible to file their taxes for free.

However, only three percent of those eligible U.S. taxpayers actually use the free program, according to MarketWatch.com.

Free File is online do-it-yourself tax prep software from a number of tax companies vetted by the IRS. This year it’s available to anyone who earned under $66,000, but it’s not well known because the IRS has drastically reduced the program’s marketing budget, [Tim Hugo, director of the Free File Alliance] said.

“The budget the IRS has had for Free File has gone from $6 million or $7 million to zero,” said Hugo.

This year, Hugo says, more people seem to know about it because the IRS redesigned its home page, making the Free File option easier to find. So far the Alliance has seen a 2.65% uptick in taxpayers using its members’ services, compared to the same time last year.

One of the reasons why so many people fail to use the free tax services, say critics, is because companies like Intuit and H&R Block deliberately underpromote the free option, instead focusing on upselling their paid products. (I can vouch for that.)

ProPublica.org added that after their story about the Taxpayer First Act was published it is receiving new scrutiny, and now that the bill is in the Senate, the bill’s sponsors are disputing that it permanently bars the IRS from offering its own tax filing service – something legal experts have claimed is not true.