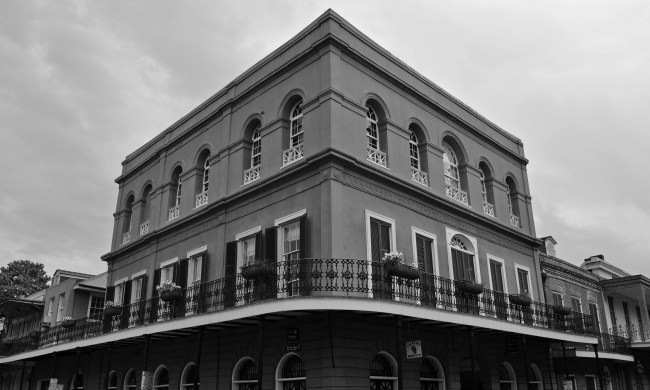 Good news for people who like scary movies. The writers who got The Conjuring film franchise rolling, Chad and Carey Hayes, recently revealed they are in development for a new horror film franchise based around the notorious LaLaurie Mansion in New Orleans.

Fans of American Horror Story will recall the mansion from the series’ third season, Coven, and the portrayal of the home’s insane owner Madame Delphine LaLaurie, superbly portrayed by Kathy Bates. 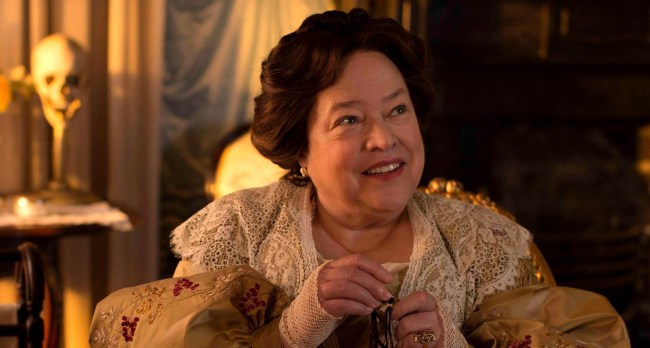 The LaLaurie Mansion, which is purportedly haunted (and was once owned by Nicolas Cage because of course it was), is one of the most infamous haunted houses in the world.

The story goes that the home’s owner Madame Delphine LaLaurie, a socialite of New Orleans in the 1800s, was secretly a serial killer who tortured and murdered slaves in the house for her own amusement while entertaining New Orleans elite with lavish parties with the slaves hidden away, unseen by anyone who visited the home.

Im 1834, Madame Delphine LaLaurie’s secret was revealed when one of those slaves who was chained to a stove set fire to the mansion and neighbors and firemen discovered the slaves in hidden rooms on the third floor of the house as they attempted to put out the flames.

After the slaves were discovered Madame LaLaurie and her family fled to Paris and never faced justice for her crimes.

“The LaLaurie Mansion is as scary a place as there is in the world and we won’t hold back in giving audiences the full effect. Chad and Carey will have their hands full, but they are true masters in cinematic retellings of disturbing material. We wouldn’t want this diabolical material in the hands of anyone else,” said Doug McKay of Faster Horse Pictures, who will be partnering with the Hayes brothers on the project.

“The LaLaurie Mansion is as scary a place as there is in the world and we won’t hold back in giving audiences the full effect. Chad and Carey will have their hands full, but they are true masters in cinematic retellings of disturbing material,” added McKay in a statement to Deadline.

“We love writing films in which we get to tell true stories – incorporating moments that people can look up and discover did in fact happen,” said the Hayes brothers. “With the LaLaurie House we get to do exactly that. There is a wealth of documentation of a very dark and frightening past of true events. Not to mention that after spending some time there, what we personally experienced was truly unnerving.”