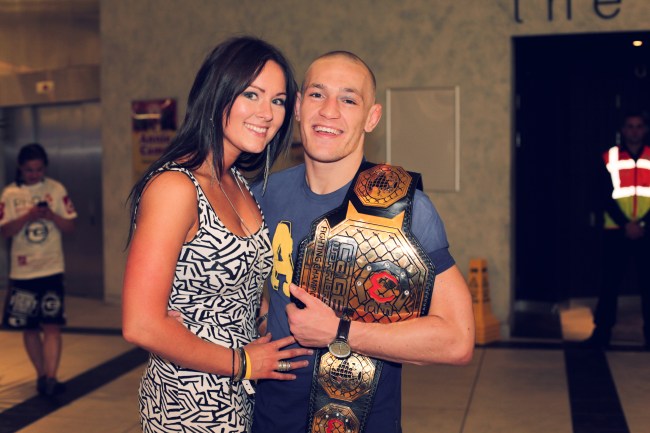 It took Conor McGregor 12 years, two kids, an entire MMA career, and a $100 million net worth to propose to longtime girlfriend, Dee Devlin.

To give you an idea of just how long McGregor held out before popping the question, the pair met around the time The Dark Knight was released (RIP Heath). Little known artist Katy Perry had just released her chart-topping single “I Kissed A Girl.” The Miami Dolphins beat out Matt Cassel and the Patriots to win the division. My metabolism still worked and I had what some women would consider a “passable body.”

For many men across America, it’s hard to conceive how a relationship can be put on layaway since Bush was in office, because typically after the three year mark, we cave into the irrational pressures of matrimony.

But to Conor’s credit, the dude made up for his decade-long indecisiveness with a diamond the size of a golf ball.

According to Page Six, the now 33-year-old Devlin grew up down the road from McGregor’s hometown in Ireland and quit her job soon thereafter to be his finance manager.

When the pair met, McGregor was on the verge of quitting his job as a plumber to pursue his dream in MMA.

“Every day since I started in this game, she’s supported me,” he told VIP Magazine in 2013. “She’d drive me to the gym, and she’d listen to all my dreams. I wouldn’t be doing this if it wasn’t for her.”

“I knew her a bit beforehand, but I think the first time I spoke to her properly was when I saw her in a nightclub,” he said. “I asked her to come over and we just started chatting. She seemed like a nice girl, and I like good girls.”

In the same VIP Magazine piece, Devlin claimed The Notorious was “very funny” and even had a gooey side, surprising her with healthy dinners and reminder her that he works hard for the family.

Congrats to the happy family.