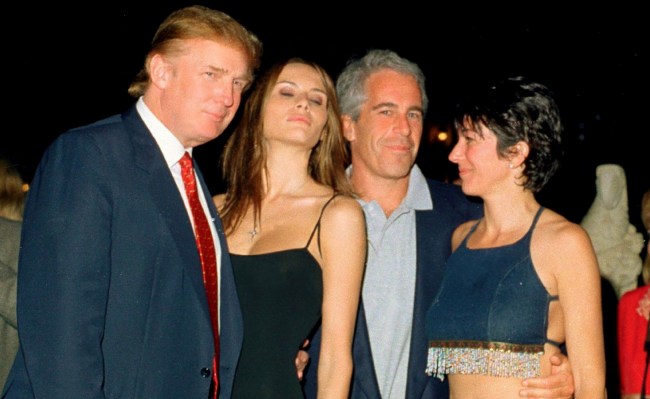 It’s been a few weeks since we’ve heard anything about Jeffrey Epstein and his close friend Ghislaine Maxwell, who along with her attorney who defended an Osama Bin Laden operative involved in killing 224 people, are awaiting her trial in New York in July of 2021.

Maxwell, who faces six charges relating to trafficking minors for sex as well as perjury, is still, as far as we know, alive. Unlike her pal Jeffrey Epstein, who she believes was killed in prison while awaiting trial.

Not if you ask a group of internet sleuths slash conspiracy theorists who believe that Epstein is actually still very much alive and was even caught on camera in New Mexico driving a truck outside of his Zorro Ranch – the place where several accusers say they were raped and trafficked.

Jeffrey Epstein may have not killed himself and may be still be alive. We visited the Zorro Ranch recently and saw some interesting things. Take a look at the video and see if Jeffrey Epstein is in fact alive and well.

“The driver of the red truck had a striking resemblance to the recently deceased Jeffrey Epstein,” says the video’s narrator. “Did Jeffrey Epstein kill himself? It may be completely possible that he has ridden off into the New Mexico sunset.”

One viewer agreed, writing, “I mean that’s the only property they haven’t raided and that red truck is always there so I won’t rule it out.”

“I wouldn’t be surprised,” commented another.

And while many (most) of the viewers didn’t think the man in the video is Epstein, even several of them do believe that Epstein could possibly still be alive due to all of the incriminating information that he and Maxwell collected on the rich and famous over the years.

After all, the CEO of a charter jet company, Paul Alexander, was arrested in the Bronx last week and charged with sex trafficking. Coincidence?!