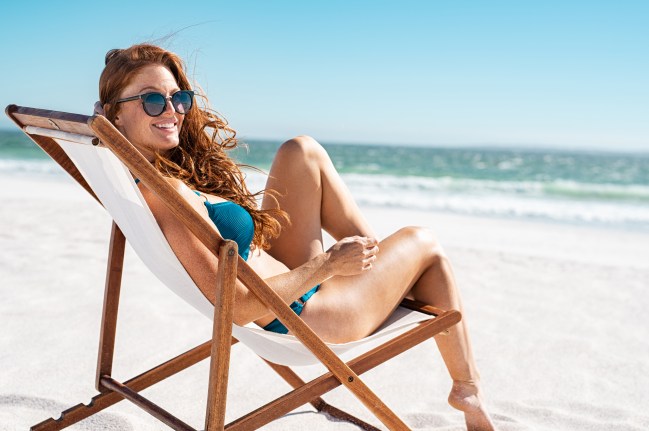 Absolutely 100% can get behind this level of commitment to pettiness. pic.twitter.com/kCVneJYJsO

All we’ve heard for the past two months are reports of nature healing the earth, ducks paddling in the Venice canals, and air quality improving to levels not seen for decades. These rose-tinted stories have created a false sense of security for many who long for some outdoor time. As the weather improves, sunbathers and hikers are rushing outside to lay their base tans and breathe the clean air, with no regard for the poisonous powers of the sun. Before, we feared the thinning ozone layer and relied on pollution to provide a protective veil against the sun’s harmful tendencies. That pollution is gone, or minimized, and people like this base jumping cowboy are acting like everything is just as before. That’s dead wrong.

Fortunately, not all heroes wear sunscreen. Some wear hard hats, as I suspect this crane operator does. Let’s call him Josh. Guy shows up to work every day with a lunch pail and a beer, like Ben Affleck in Good Will Hunting. Is he allowed to drink a beer at lunch, given that he’s operating heavy machinery? Nope. But foreman Frank knows that Josh can hold his liquor, just as his daddy could, just as HIS daddy could. Hell, Josh’s granddaddy was one of those guys in the immortal “lunch atop a skyscraper” photograph, and he’d been drinking moonshine all morning! He died that day.

Young Josh spots this reckless sunbather, and springs to action. And by spring, I mean he nudges the crane with the gentlest touch, the greatest care, barely breathing on the stick, inching it over to provide shade. Mission accomplished, he thinks, having saved this moron from a lifetime of biannual dermatologist appointments. Against all odds, the idiot relocates!

Zut! yells Josh in his cabin. But he doesn’t give up. Ever so slowly, he sends the crane in infinitesimal increments back the other way, seeking out the at-risk youth. It feels like a lifetime, but eventually the crane has once again shrouded the young man in shady safety. Josh breathes a sigh of relief, knowing that today, he’ll need something stronger than beer.