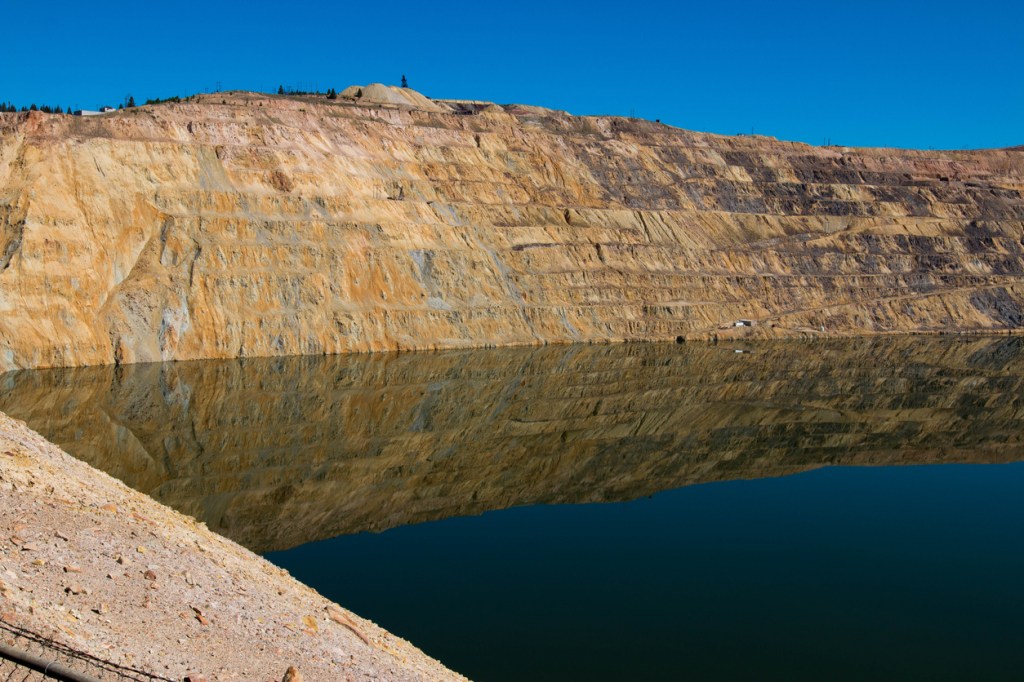 Mark Mariano was one of the coolest and most interesting jobs in the United States of America. His job is to keep migratory birds safe and he protects them by shooting bullets at them all day.

He works at a lake in Montana that’s 1.3 miles wide and a popular stopover for migrating birds. The problem is the lake is incredibly toxic. If any migrating fowl stop in the water they’re dead within minutes because they’ve been cooked by the lake.

Instead of letting those birds get cooked, Mark roams the perimeter of the lake each day and fires his gun at any birds that land in the extremely toxic water. He’s not shooting to kill the birds, obviously, but a nearby splash will scare the birds away and send them flying to safety.

And Mark’s not just using his gun. He has a multi-million dollar collection of tools at his disposal that he uses to keep birds safe. Here’s his story:

I guess I know virtually nothing about copper mines because I never would’ve guessed that’s how that lake started out 65 years ago. And I haven’t watched enough of Mike Rowe’s Dirty Jobs to know if he ever went to Berkeley Pit but if he didn’t, this is perfect for him.

Mark’s life isn’t too far off from how I imagine many wealthy hermits would live if they could. Using things like a handheld laser, a drone boat, a mobile command center, and rifles to keep intruders away. His occupation is a noble one, keeping birds safe, but it bums me out that he has to do it.

With that said, if anyone wants to pay me to scare manatees away from boats by throwing biodegradable water balloons I’d be all about it.