Couple Facing Felony Charges After Bank Accidentally Deposited $120,000 In Their Account And They Went Out And Bought A Goddamn Racecar 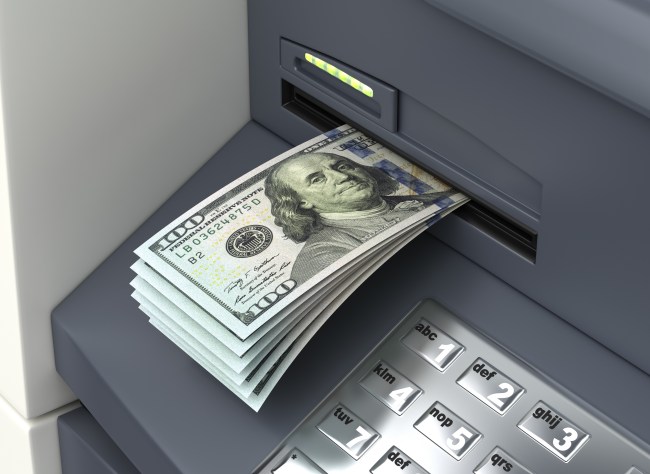 A Pennsylvania couple was presented with a moral dilemma after a BB&T bank error infused more money into their joint checking account than they’d ever sniffed before.

On May 30th, Robert Williams and his wife, Tiffany, had a joint checking account balance of $1,121.

After a trip to BB&T, a particularly incompetent bank teller accidentally deposited $120,000 into the couple’s account, rather than the account of Dimension Covington Investment LLC the money was intended for.

So what did they do? They returned the money and in exchange for some fortuitous karma in the future.

Just kidding, they spent that shit like the world was ending.

According to the Sun Gazette, the couple used the cash to make a down payment on a Chevrolet SUV, buy a camper, a car trailer and a race car, while also using it to pay off bills and give $15,000 to a friend in need.

Robert and Tiffany Williams received $120k in their account by mistake. Before the bank realized the error, the couple had spent $100k, buying a racecar & 4-wheelers. They're now charged with felony theft: https://t.co/xB9j4ASCQ7@HeavySan pic.twitter.com/AMdr0G3ZsR

The error was eventually caught by the bank on June 20, a whole three weeks after the deposit, and was pulled out of the Williams’ account and deposited into the correct account. There was just one teeny problem: the Williams’ had spent over $100,000 of the money, and were staring down the barrel of $107,416 in overdraft fees.

The bank notified Tiffany Williams and told her she and her husband were “responsible for the return of all the funds,” state Trooper Aaron Brown said.

Tiffany Williams, who turned 35 on Sunday, told bank officials that “she no longer had the funds because she had already paid off bills. She told the bank her husband had spent a great portion of the funds and purchased a four-wheeler. She said she would speak to her husband and attempt to construct a repayment agreement” with the bank, Brown said.

The couple then decided to go radio silent on authorities, a tactic that did not work, as the couple were arraigned on Tuesday on felony charges of theft and receiving stolen property, and released on $25,000 bail each.

I do not envy anyone in the position of having to decide what to do with $120,000 that essentially laid at their doorstep. Can’t say I would have been the bigger man here either.