Activists Are Planning To Give Free Weed To People Who Get The COVID-19 Vaccine In Washington, D.C. 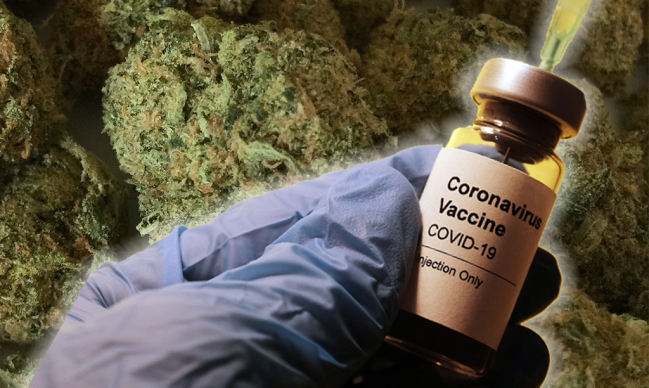 Thanks in no small part to moms who’ve liked “Drinking a Glass of White Wine Before Picking Your Kids Up From School” on Facebook, vaccines have managed to become a fairly controversial issue over the past couple of decades and it’s safe to say that hasn’t changed in light of a pandemic that’s killed almost two million people around the world as of this writing.

While I don’t really want to get too deep into a topic that’s somehow been politicized, a movement that was largely sparked by people who were resistant to inoculate their kids because of fears concerning autism has led to a world where far too many folks seem to genuinely believe COVID-19 was actually engineered by Bill Gates so he could implant us all with microchips and enslave the human race with the help of 5G technology.

It’s safe to say there’s really nothing you can say to anyone who actually buys into that theory when it comes to convincing them to get the vaccines that are slowly rolling out, but they make up just one part of the sizeable chunk of the population that isn’t entirely sold on getting injected for various reasons.

Health officials have been attempting to figure out ways to encourage people to get vaccinated, and while a few politicians have floated the idea of giving Americans some financial incentive, another group of people in Washington, D.C. is turning to a different form of motivation: free weed.

According to Marijuana Moment, the activists that comprise the D.C. Marijuana Justice organization recently announced the launch of the “Joints For Jabs” program, which will see its members post up outside vaccination sites when the municipality makes the shots available to the general public and offer bags of some homegrown bud at no cost to people after they receive a dose.

Some of those who’ve already been vaccinated have compared the potential side effects to a hangover, and if my personal experience with those is any indication, I can’t think of a better cure for what might ail you after receiving it.