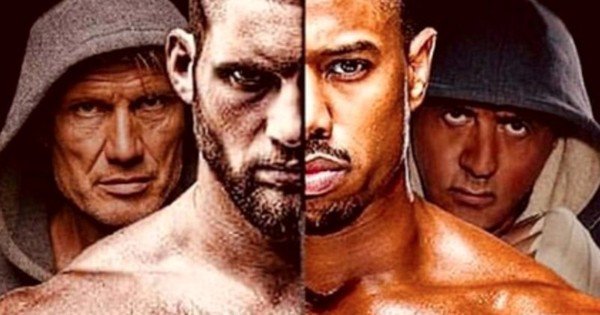 Creed II finally wrapped up filming last week and yet we really don’t know too much about the plot of the latest chapter of the Rocky franchise. However, one of the movie’s writers revealed some intriguing tidbits about the upcoming movie and how the plot is centered around the relationships between sons and fathers.

Cheo Hodari Coker has been a writer and executive producer for a number of high-profile entertainment properties such as Luke Cage, Ray Donovan, NCIS: Los Angeles, Southland, Almost Human, Notorious, and the upcoming M.A.S.K. movie. Coker is also the co-writer for Creed II along with Sylvester Stallone. Entertainment website SlashFilm interviewed Coker about the new Creed II movie and the writer provided some insight into the direction of the latest film in the Rocky Balboa universe.

We know that the two main fighters in the movie are Adonis Creed (Michael B. Jordan), son of Apollo Creed and Ivan Drago’s son, played by Florian Munteanu (you can read more about him HERE). The movie will focus on the emotional aspects of how both young men are still haunted by the legacies of their fathers.

“It’s about the legacies of sons haunted by their fathers. Even though Drago is alive, his son is haunted by him because Drago is a broken man who’s trying to rebuild himself through the son,” Coker told SlashFilm. “Apollo Creed isn’t broken but because Apollo died, Adonis Creed is still haunted by his father’s death and how it defined him, what it is it means now to be a champion. He’s aspiring to be a champion but also at the same time trying to figure out who it is he is. Particularly with Bianca, particularly also because he’s got Rocky who at this point becomes the new Mickey.”

Coker also reminisced about how much he loved the first Creed movie that came out in 2015.

“The first Creed is one of the best movies I’ve ever seen. I cried like a baby when they got to that scene when he’s like, ‘Why are you doing this, kid?’ and he’s like, ‘I just want to prove that I wasn’t a mistake.’ I’m sitting there, oh my God, I was verklempt, man. A lot of black men that have issues with their fathers, when they saw that scene, it became our Brian’s Song. It became our Remember the Titans. It became one of those movies that it is acceptable for ‘macho’ men to cry during. So the opportunity to work on Creed II was definitely something that I fought for, something that I couldn’t pass up. Later on, when I got to work with Stallone on the draft, that was a dream come true.”

Sylvester Stallone returns as Rocky Balboa, in what might be his last appearance as the underdog boxer from Philly. Also returning is Dolph Lundgren, who is back as Russian killing machine Ivan Drago. Now we wait because Creed II doesn’t hit theaters until November 21.