This 1,300-Pound Monster Crocodile Who Was Captured In Australia After Eating A Dozen Dogs Will Haunt Your Dreams 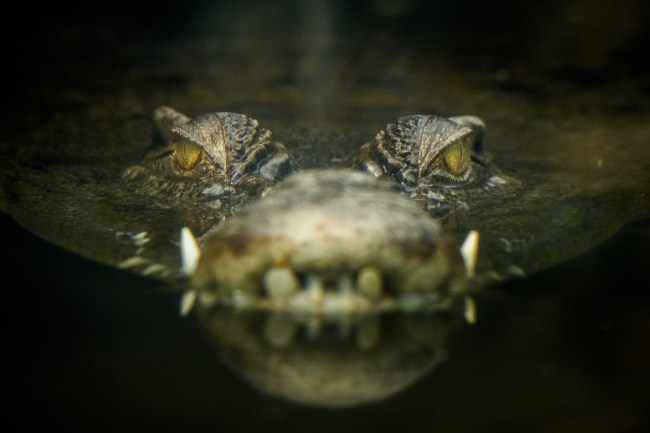 Australian authorities have captured a 13-foot, 1,300-pound crocodile in its Northern Territory after the monster is believed to have eaten at least a DOZEN dogs in the small community of Wurrumiyanga on the Tiwi Islands. The croc also reportedly lunged at a fisherman.

According to 9 News Australia, the reptile was temporarily held in a jail cell before TV outback wrangler Matt Wright retrieved it and brought it to Darwin crocodile farm for captive breeding.

“He’s been stalking and hunting people. He’s been eating all the dogs. I think he’s eaten a couple a day there at one stage,” Wright said.

“You’ve got kids and everyone swimming there so it was only a matter of time before that croc, being a problem croc, was going to eat someone.” 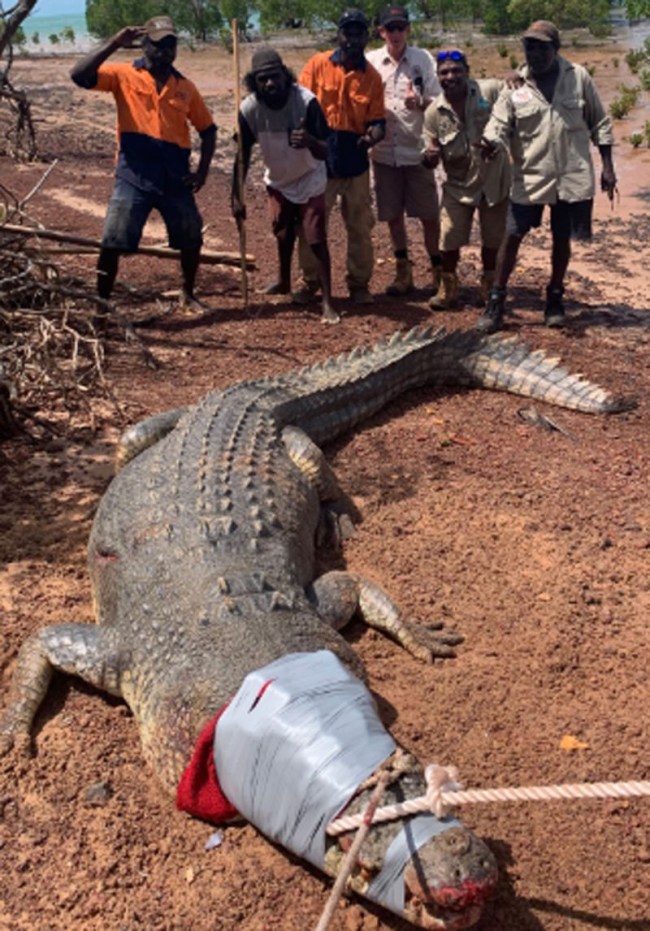 Crocodylus Park owner Grahame Webb claims that you can’t simply airlift problematic crocs into a different area because the animals have a keen  “homing instinct,” as a satellite-tracking experiment in 2007 has confirmed. Australian scientists tracked three saltwater crocodiles after moving them between 35 and 78 miles away from their home territory. After exploring their new territory for a few weeks, all three crocs embarked on a journey home and succeeded in 5-20 days, New Scientist reports.

Students in the Tiwi Islands were released from school and hundreds of locals gathered around to watch the crocodile be transported by boat to Darwin crocodile farm.

The croc will now get a free feed every day and be surrounded by females on 300 acres of swamp land. Sounds like a helluva life.

Grahame Webb claims the monster will live for another 50 years. I wish that could be said for the dogs he snacked on.

P.S. I took a horrifying stroll down Matt Wright’s Instagram feed an nearly had a panic attack…

Tripod is happy to come out for a walk, but takes a little convincing to go back in. What an amazing Animal these creatures are #outbackwrangler #seeaustralia #monstercroc #outbackaustralia #crocs

Big Crocs burn energy pretty quick and build up lactic acid in there system very similar to us humans when our legs or arms turn to jelly after a big work out 🏋️‍♂️, Question is how long does it take for a big Croc to tire out? #monstercroc #seeaustralia #outbackaustralia #crocs #australia #outbackwrangler