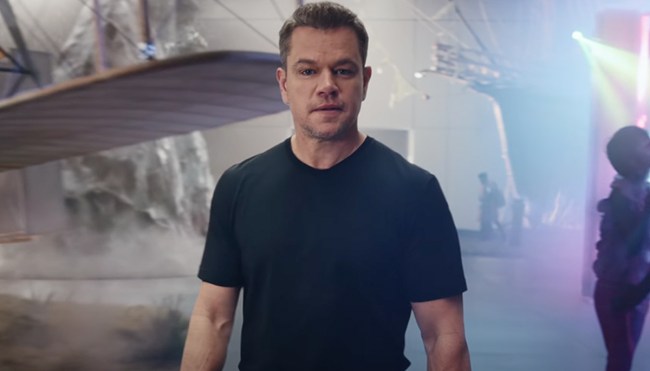 If you’ve tuned in to a major sporting event at any point over the last month or so, then you’re likely very familiar with Crypto.com, the company that made plenty of Lakers fans irrationally angry when it purchased the naming rights to what was formerly the Staples Centers and has made countless other people justifiably irate thanks to an unavoidable and eyeroll-inducing commercial featuring Matt Damon.

The ad—which features the actor bizarrely comparing anyone who adds cryptocurrencies to their portfolio to some of history’s most notable risk-takers—features the unofficial slogan “Fortune Favors The Brave.” However, based on what unfolded earlier this week, it appears anyone who’s brave enough to try to hack into the platform and succeed in their quest could make a tiny fortune as a result.

According to HackRead, Crypto.com temporarily disabled withdrawals on Monday after a number of users reported funds had mysteriously been taken out of their account. The CEO of the Singapore-based exchange initially claimed “all funds are safe,” but it appears the company was doing a bit of damage control based on what unfolded on Tuesday.

CoinDesk reports around $15 million in Ethereum from wallets associated with Crypto.com was laundered with Tornado Cash, a “mixer” that can be used to obscure the transaction ledgers that allow the transfer of funds to be publically tracked while keeping the identity of the owners anonymous.

It seems Crypto.com has personally compensated users who had their accounts hacked, but that didn’t stop plenty of people from making jokes at their (and the company’s) expense.

Crypto company buys naming rights to LA Lakers arena and drops huge ad money on Matt Damon commercials. Company then loses its ass in a hack. Not the best look. Even just from a pr stance. https://t.co/Ub27YB3S40

“Someone hacked the aether, and is laundering money through a tornado,” sounds like some bad 90’s cyberpunk plot

Oh no, how could this happen to my unsecured, unregulated currency again!?

I thought crypto was all about security and decentralization? Did matt damon lie to me? https://t.co/agtS7FTsaz

Excuse me that ether is not stolen. The Blockchain says those people are now the rightful owners, and I was promised that the Blockchain was infallible.