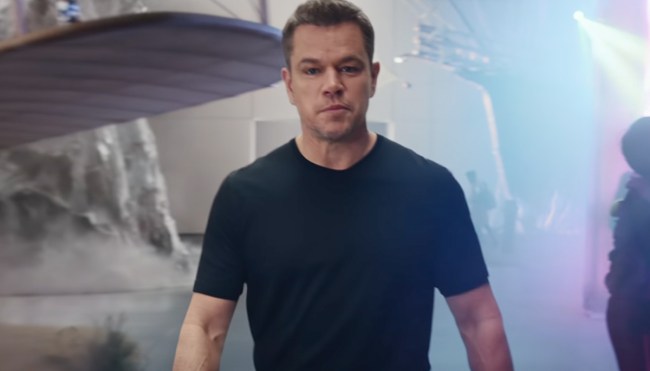 Its been over a decade since an anonymous innovator who dubbed himself “Satoshi Nakamoto” introduced the world to the concept of cryptocurrency with the creation of Bitcoin, which—depending on who you ask—was either a revolutionary development or one of the worst things to happen in recent memory.

There’s no arguing the blockchain technology that serves as the backbone of cryptocurrencies has plenty of promising uses. However, the rapidly growing space has been at the center of an endless amount of criticism and mockery thanks to tumultuous fluctuation stemming from speculative investing and evangelists who’ve attempted to convince the world pictures of cartoon monkeys that routinely sell for six-figure sums are the future.

Crypto has routinely popped up in the news thanks to horror stories concerning people who feel victim to ill-advised trades, unsecured wallets, and obvious pyramid schemes. Now, it’s once again making headlines for all of the wrong reasons with a little bit of help from Matt Damon

Last year, the actor inked a deal with Crypto.com that made him its most high-profile ambassador. One of his duties includes starring in the company’s ads, like one bizarre spot that mostly flew under the radar when it was released in October.

The ad is titled “Fortune Favors The Brave” and implies that anyone who adds cryptocurrency to their portfolio is just as courageous as astronauts, mountain climbers, and the Wright Brothers.

Over the weekend, it popped up on a lot of people’s radar for the first time when it aired during a number of football broadcasts and, well, I’m going to guess it didn’t get the reception Crypto.com was hoping for.

MATT DAMON [striding through a futuristic room]: History is filled with brave men who spent $378,000 on a cartoon ape

saddest thing about Matt Damon's macho-baiting crypto pitch where the viewer must ACT NOW or he's a weak pussy is that this is a top 3 classic pitch all financial schemes have used to goad men into forking over their paltry savings. Nothing has changed in 150 years

There's something to be said for the metaphor of Matt Damon walking through a non-real space surrounded by fake cgi imagery and concluding with an empty platitude that… really does perfectly sum up crypto bullshit https://t.co/64GpKtigts

I can just not stop laughing that Matt Damon's pitch for crypto is "Be like a brave explorer, invest your life savings in crypto." This is the same pitch my buddy in 6th grade used to get me to dive from a railroad trestle into the river pic.twitter.com/pZpeSjEheE

The most crypto thing ever is the new Matt Damon commercial where they compare themselves to Galileo and Sir Edmund Hillary despite just being a bunch of digital con artists.

Y’all think Matt Damon got paid in Real American Dollars for that crypto ad or,,,

brb babe, gotta do some push ups and watch Matt Damon shill crypto before I defend my honor on this here Discord server.

it's what the Wright Brothers would have wanted.

When you consider the ad is basically telling people they’re taking a huge risk by putting their money into crypto, it seems like a very bold strategy, but I guess we’ll just have to wait and see if it pays off for all of those involved.