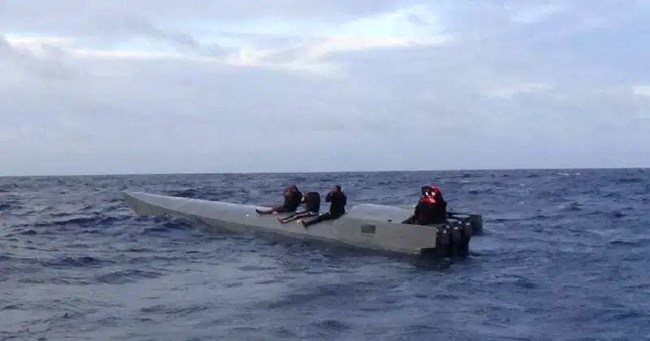 U.S. Customs and Border Protection Air and Marine Operations agents recently assisted the U.S. Coast Guard in the seizure of approximately 2,500 kilograms (approximately 5,512 pounds) of cocaine from a semi-submersible vessel near Puerto Rico.

Using a wholesale price of $30,000 per kilogram of cocaine, officials placed the value of the 2.76 ton shipment of cocaine at approximately $75 million.

According to the indictment handed down by a Federal Grand Jury in the District of Puerto Rico, defendants Arturo González-Quiñones, Freiman Yepes-Ospina, and José Álvaro Córdoba-Rentería conspired to possess with intent to distribute cocaine, conspired to operate and embark in a semi-submersible vessel without nationality, and to navigate thereon into and through waters beyond the outer limit of any country’s territorial sea, with the intent to evade detection, in violation of the Drug Trafficking Vessel Interdiction Act (DTVIA).

They are definitely going to win the “best rap sheet award” if/when they go to prison. 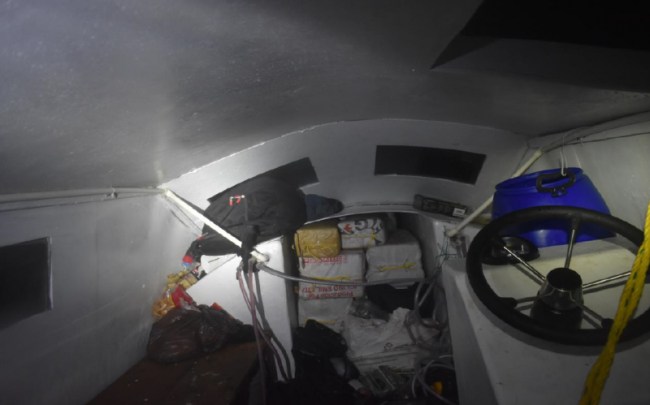 The OCDETF CCSF is a multi-agency task force operating in the District of Puerto Rico focusing on attacking command and control elements of Caribbean and South American-based Transnational Criminal Organizations (TCOs). The CCSF targets the smuggling of shipments of narcotics into Puerto Rico, the transshipment of drugs to the Continental United States, as well as the laundering of drug proceeds using bulk cash smuggling and sophisticated money laundering activities.