Demi Lovato Was Using Meth, Heroin And Cocaine, Was Found Naked And Blue After Overdose 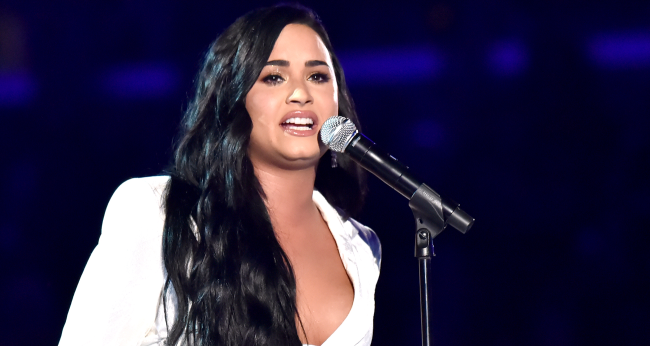 Back in 2018, singer Demi Lovato was hospitalized in serious condition following a drug overdose.

The drug overdose came a little less than a year after Lovato revealed how she would sneak cocaine on planes in her late teens while working for Disney.

This week, in anticipation of her new YouTube series Dancing With the Devil, Lovato and those that have been close to her are spilling details about her overdose, which came shortly after the singer proudly celebrated six years of sobriety.

Just officially turned 6 years sober. So grateful for another year of joy, health and happiness. It IS possible. 🙏🏼

Page Six reports that in the new documentary Lovato talks about the weeks leading up to her overdose including one day when she went on a drug “shopping spree,” mixing methamphetamine with cocaine, that she says should’ve killed her.

“I started using recreationally, and obviously you can’t do that with heroin before you become addicted to it,” she says.

The signs of some sort of problem were evident shortly before her overdose when while performing her song “Sober” at the California Mid-State Fair in Paso Robles she forgot the lyrics.

Lovato’s former assistant Jordan Jackson also speaks about that time period in the documentary, according to Page Six.

Jackson says that after Lovato overdosed on heroin and fentanyl-laced Oxycodone he found her naked, unconscious, drooling, and “completely blue.”

“I’m really lucky to be alive,” Lovato admits. “My doctors said that like I had 5 to 10 more minutes, and had my assistant not come in, I wouldn’t be here today.”

As a result of the overdose, Lovato suffered three strokes, a heart attack, permanent brain damage, was declared legally blind while in the hospital, and now has blind spots in her vision that have taken away her ability to drive.

Lovato also claims “maybe a month after my overdose” she realizes that her drug dealer sexually had assaulted her the night she overdosed, saying she wasn’t “in any state of mind to make a consensual decision.”

Premiering March 23, Demi Lovato holds nothing back in this powerful four part documentary series exploring every aspect that led to her nearly fatal overdose in 2018, and her awakenings in the aftermath. Director Michael D. Ratner is granted unprecedented access to the superstar’s personal and musical journey during the most trying time of her life as she unearths her prior traumas and discovers the importance of her physical, emotional, and mental health. Far deeper than an inside look beyond the celebrity surface, this is an intimate portrait of addiction, and the process of healing and empowerment.

Related: Demi Lovato Doubles Down On Her Claim That She’s Been Communicating With Aliens