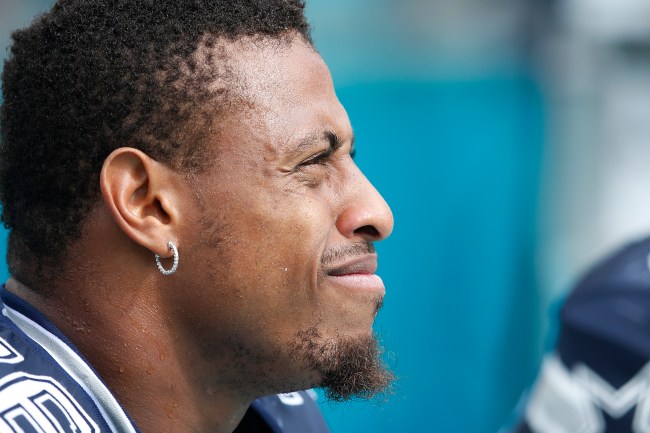 Last month, Dana White dodged some arrows when it was announced that Greg Hardy would make his UFC debut this Saturday on the same card as Rachael Ostovich, whose husband faces a second-degree assault charge for allegedly breaking her orbital bone in a domestic dispute in November. Hardy has been a perpetrator of domestic violence in his past, including a conviction in 2014 that helped derail his promising NFL career.

At the time, UFC President Dana White has responded to the backlash, claiming that Ostovich was “totally cool” with pairing and that he cleared it with her before putting Hardy UFC’s debut on ESPN this weekend with Fight Night 143.

After White said that it was just a matter of time before the two ended up on a card, he takes a shot at Helwani before saying of Hardy: “The guy deserves to make a living. He’s paid his dues.”

“You can make something out of anything if you want to….. [Helwani’s] the type of guy that finds something in everything. It’s always negative.”

White came even harder when he was questioned by TMZ:

Rachel Ostovich met with Hardy on Wednesday and re-emphasized her stance that she held no ill will towards Hardy:

“Speaking with him, I told him, ‘There’s no negative with me and toward you. I know the media can blow things out of proportion, but just to let you know, that’s not my character. I don’t care. I’m actually happy you’re here, and I’m happy you’re making a comeback, and I hope that me and you can work together on different sides and use it for good.’ Show people that, no matter what, you can turn a bad situation into a good one.”

It will be interesting to see how Hardy is received on Saturday night.

BONUS: You want to watch the fight? FO FREE?

ESPN+ is offering a FREE 7-Day trial. Watch UFC Fight Night Dillashaw Vs. Cejudo, NHL hockey, and every 30 For 30. Sign up here today!