Daniel Craig, Director Rian Johnson Being Paid Mind-Blowing Amounts Of Money For The ‘Knives Out’ Sequels 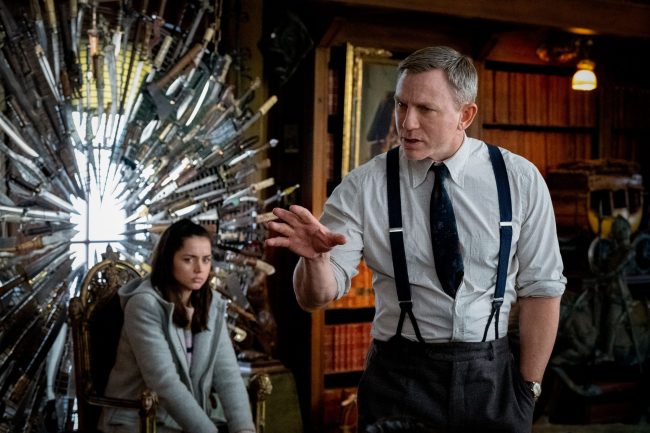 Late last week, Netflix shook up the entertainment industry once again as it paid a staggering $400 million for the rights to the Knives Out franchise, thus making the purchase the most expensive in the history of streaming.

In addition to the rights to Knives Out 2 and Knives Out 3, Netflix also landed director Rian Johnson and star Daniel Craig in the deal, with the pair set to return for both films (the rest of the cast from the original Knives Out will not be returning, though).

Following Netflix’s shock acquisition of the Johnson-helmed, Agatha Christie-inspired franchise, further details about the deal have started to become available, with The Hollywood Reporter revealing that both Johnson and Craig stand to make $100 million EACH from the deal.

Deal points were noteworthy: The pact gave Johnson immense creative control, sources tell The Hollywood Reporter. He doesn’t have to take notes from the streamer. The only contingencies were that Craig must star in the sequels and that each must have at least the budget of the 2019 movie, which was in the $40 million range. Sources say that Johnson, Bergman and Craig stand to walk away with upward of $100 million each. [via The Hollywood Reporter]

Daniel Craig, man, what a legend. After spending a decade-plus stacking PAPER as James Bond, the dude is now getting paid $100 million for a job that’s twice as easy and twice as fun. Instead of having to break his ankle doing intense stunt work in sweltering climates, all Craig has to do is show up, toss on some glasses, and unleash that truly and hilariously bizarre Southern accent of the gonzo Benoit Blanc. I didn’t think it was possible to have a come-up greater than that of playing 007, but Craig has done it.

Filming of Knives Out 2 (not the official title) will begin in Greece in June, with casting currently underway.