Poker Legend Daniel Negreanu Reveals Insane Golf Bet Where He Wagered $550,000 That Came Down To One Putt 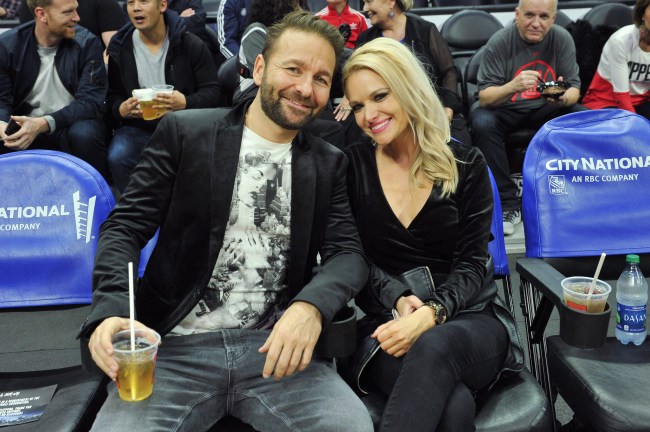 Daniel Negreanu aka the LeBron James of professional poker is the second biggest live tournament poker winner of all time, amassing a career prize pot of over $41,800,000. The Canadian has won and lost insane sums of money on a split decision, and his immunity from financial risk appears to have leaked into other facets of his life.

The six-time World Series of Poker bracelet winner joined the No Laying Up podcast  to share stories about the outlandish bets he’s wagered on the golf course over the years, most notably with fellow poker phenom Phil Ivey.

Negreanu, who claims to have picked up golf in his early thirties, details a particularly insane bet that where he wagered $550,000 on a seemingly unattainable goal.

“My golf game was not very good. The back tees at TPC Summerlin is about 7,000 yards. I can’t hit a driver more than 230, so I don’t hit any of the greens from back there. I bet them that if they gave me a year, I could shoot 80 from the back tees there.

Within about a week, I was shooting low 90s. Maybe a week later, mid to high 80s. And with about a week and a half to spare, actually, I was 2-under after nine. So then all the carts started coming out, because they were like ‘oh boy, here he comes.’ There was probably 60 golf carts on the last three holes, sweating me. And so, in the last three holes, I needed to go bogey-bogey-bogey to win the bet. They were the three toughest holes, also. The first one is the easiest of the three, so I of course double-bogey that.

Now I need to par one of the last two, and I make par on [17]. And then I have a six-footer for all of the money to win. I’m actually a good putter, but this putt – I hit the putt, and as I hit the putt, my knees sort of fell to the ground, in a way, but somehow the ball went in and I made it.”

This was child’s play in comparison to another round against his buddy Phil Ivey, who left the course seven figures richer.

“We used to golf a lot back in those days, and I remember one time at Shadow Creek, I guess my grip was a mess. And I didn’t have anyone who was there to help me at the time, and he did and everyone else did. I just didn’t have a chance. Like, I couldn’t get the ball in the air. I lost like $1.2 million to him in one round.”

Goddamn, and here I am pinching pennies to buy my partner a hot dog and a beer at the club house after shooting a 118.