Daniel Radcliffe Explains Why He Has Spoken Out Against ‘Harry Potter’ Creator J.K. Rowling 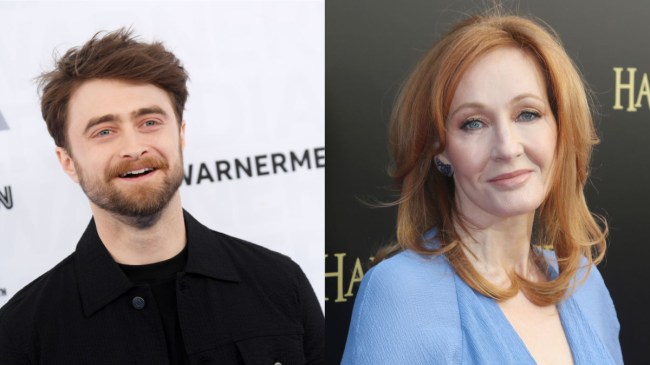 While most child actors eventually and often brutally flame out, the main cast of Harry Potter has done anything but, as the trio of Rupert Grint, Emma Watson, and Daniel Radcliffe are — by all accounts — well-adjusted and regular adults.

That’s perhaps best evidenced by Radcliffe, who — despite having the world at his fingers for the entirety of his childhood — has grown up and become a pretty regular dude who awesomely likes to make very weird projects.

Radcliffe’s latest project Weird: The Al Yankovic Story, in which he plays the titular Weird Al, is receiving rave reviews, as the film currently has a 93% critic’s score on Rotten Tomatoes.

During a recent interview to promote the film, the 33-year-old Radcliffe explained why he spoke out against Harry Potter creator J.K. Rowling and her transphobic viewpoints a few years back:

“I’ve met so many queer and trans kids who had a huge amount of identification with Potter … seeing them hurt… I wanted them to know that not everybody in the franchise felt that way. And that was really important. I don’t think I would’ve been able to look myself in the mirror had I not said anything,” Radcliffe said in a recent interview with IndieWire.

As IndieWire notes, Radcliffe is referring to an open letter he penned back in 2020 in support of the transgender community.