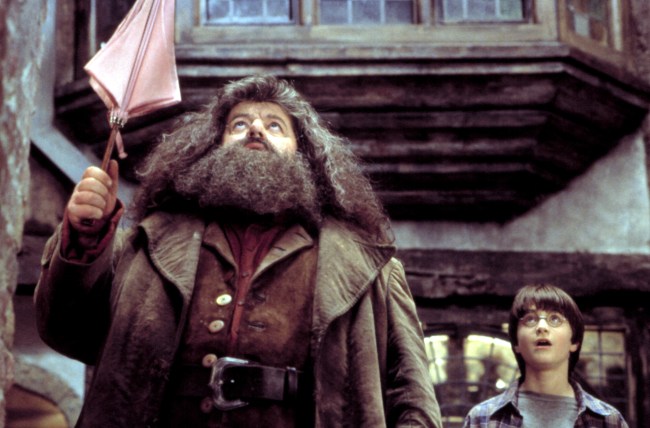 On Friday, October 14, it was reported that Robbie Coltrane, the Scottish actor and comic who was best known for playing Hagrid in the behemoth Harry Potter movie franchise, had passed away at the age of 72 years old.

While thousands of fans across the globe immediately hopped on social media to express their sadness over Coltrane’s passing, the most notable tribute has undoubtedly come from Daniel Radcliffe himself, who played the titular Harry Potter in the eight films. Potter, of course, has a quite close relationship with Hagrid over the course of the story as the Hogwarts groundskeeper essentially serves as young Harry’s fun uncle.

In an official statement, Radcliffe — who first began playing Harry Potter when he was just 12 years old — said that Coltrane was one of the “funniest people” he’s ever met and that he always kept the children actors on set entertained.

“Robbie was one of the funniest people I’ve met and used to keep us laughing constantly as kids on the set,” Radcliffe’s statement reads. “I’ve especially fond memories of him keeping our spirits up on ‘Prisoner of Azkaban,’ when we were all hiding from the torrential rain for hours in Hagrid’s hut and he was telling stories and cracking jokes to keep morale up. I feel incredibly lucky that I got to meet and work with him and very sad that he’s passed. He was an incredible actor and a lovely man.”

In addition to playing Hagrid in all of the Harry Potter films, Coltrane was well known for his work as and as Valentin Dmitrovich Zukovsky in the Pierce Brosnan-starring James Bond films GoldenEye (1995) and The World Is Not Enough (1999).

Our thoughts are with his friends, family, fans, and various loved ones during this difficult time.