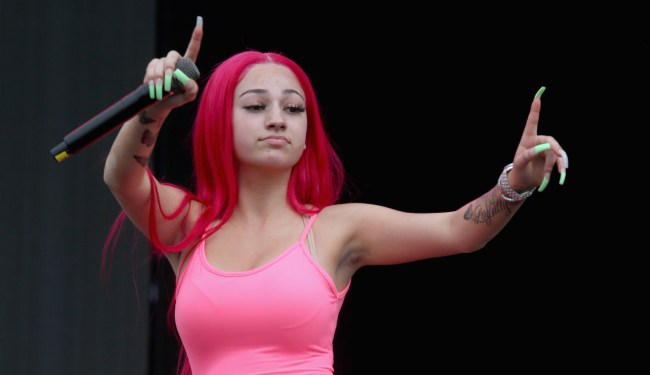 Somehow, Danielle Bregoli, the young lady initially known as the “Cash Me Ousside” Girl after her viral appearance on Dr. Phil, is now known as Bhad Bhabie, and in what has to be one of the seven signs of impending apocalypse, she is still not only famous, she’s still getting PAAAID.

Two years ago, I wrote about Bregoli, “I think this girl might actually have some staying power. Why? Because I have never seen a 14-year-old with so much confidence combined with such a DGAF attitude, mixed with a plan that is so perfect for the time that we now live in to maintain and even add to her fame.”

Man, was I prescient.

Now, having turned 16-years-old in March, Bregoli is still riding that wave and according to new documents obtained by TMZ, she recently signed a songwriting deal for $1 MILLION.

That’s right. The girl whose song titles include such gems as “These Heaux” and “Hi Bich” will be getting paid ONE MILLION DOLLARS to write songs.

Bhad Bhabie signed a $1 million exclusive songwriter and co-publishing agreement on June 12 with Pulse Music Group, a subsidiary of BMI — which collects licensing fees on behalf of artists, then distributes them as royalties to the artists.

Danielle’s deal calls for her to get $350k up front … so, CHA-CHING!!! She’ll also get two $325k installments later, once she hits certain revenue targets.

The $1 million is an advance on her future royalties, but she’ll also get at least 70 percent of her future record sales, licensing fees and digital streaming.

For the record, some of Pulse’s other clients include artists like Ty Dolla $ign, Run The Jewels and Rich The Kid.