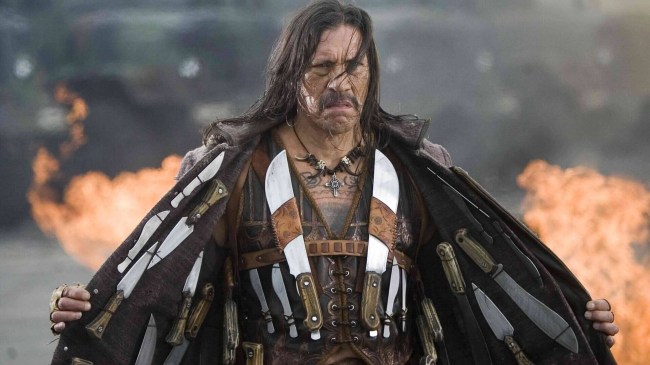 Plenty of people have taken an unconventional path when it comes to breaking into Hollywood but not many of them have a story as compelling as Danny Trejo, the actor who made a name for himself by playing characters you do not want to fuck with.

Trejo found himself in and out of prison for a variety of reasons early on in life, and during a stint at San Quentin, he made a name for himself as a boxer while successfully conquering a drug addiction, which inspired him to become a substance abuse counselor upon his release.

After being asked to help an actor kick his cocaine habit, Trejo found himself on a movie set and stumbled into a role as an extra, and after catching the eye of the director, he landed a small part that would launch his legendary career as the ultimate anti-hero.

According to CNN, Trejo recently took on the role of a real-life hero after he witnessed a car crash in Los Angeles. He came to the rescue after realizing there was a baby strapped inside a car seat in an overturned vehicle, and with the help of another bystander, quickly jumped into action to successfully save the special needs child.

Here’s what he had to say after the incident.

Not only is @officialDannyT (Danny Trejo) one of the nicest actors, he’s also a #hero!

He was right behind a crash in Sylmar and pulled a special needs baby out of an overturned car. He distracted the boy until grandma was OK. ♥️ —> https://t.co/tS2Za4bZVZ@ABC7 pic.twitter.com/U9iLzAkHkA

I’ve never heard anyone say a bad word about Trejo, so while we didn’t need any more proof that he’s a great dude, we certainly just got some.