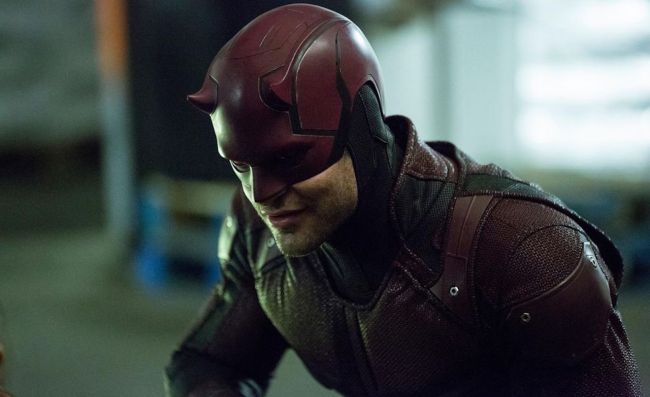 Over the weekend, Marvel Studios dropped a new teaser for their upcoming Disney+ series She-Hulk: Attorney at Law, and with it came fans’ first look at a fully suited-up Daredevil in the Marvel Cinematic Universe.

While the character did briefly appear in Spider-Man: No Way Home, he was using his Matthew Murdock personality and not his superhero alter ego. This still from She-Hulk marks the first time that fans are seeing the Daredevil sit in the MCU.

First look at Charlie Cox as Daredevil in #SheHulk pic.twitter.com/PpayurChLO

She-Hulk: Attorney at Law is the last proper MCU series to hit Disney+ in 2022, as the other shows scheudled for this year at the Guardians of the Galaxy Holiday Special and the still-unannounced Halloween special, which many fans believe will be Werewolf By Night.

2023 will boast plenty of Marvel Studios series, though, as What If…? season two, Secret Invasion, Echo, Loki season two, Ironheart, and Agatha: Coven of Chaos are all scheduled to hit the streamer at some point next year.

RELATED: Marvel Has Reportedly Overworked VFX Artists So Severely That The Entire ‘Burnt Out’ Industry Is ‘Depressed’ About Their Phase 5 Plans