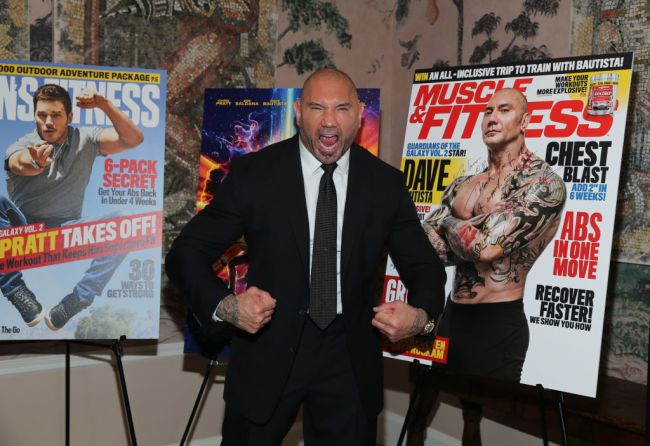 In the short clip, Trump appears to gasp for breath after removing his mask for a White House photo-op.

While Trump and his staff claim the President is doing great, Kellyanne Conway’s daughter Claudia is telling a much different story from an insider perspective.

Former WWE-star-turned-actor, Dave Bautista has another perspective on the video. Bautista suffers from asthma and recognized some of the behaviors in the viral video as his own when having trouble breathing.

The video of Trump was shared by Bautista’s “My Spy” costar Ken Jeong.

Bautista responded to Jeong and noted he can recognize the President struggling to breathe.

Bautista tweeted, “I’m an asthmatic. That’s what I would look like if I was trying to hide that I was having an asthma attack.”

I’m an asthmatic. That’s what i would look like if I was trying to hide that i was having an asthma attack. Well not all orange and bloated with a combover and a bad suit… but otherwise.. yeah. I recognize that struggle to breathe. https://t.co/aV8PwJCgA5

I reached for my inhaler watching him struggle to breath. It’s like a guys reaction to watching another guy get kicked in the balls. 😖Relatable discomfort! https://t.co/IqDKg7Yoi1

To hammer home just how bad asthma attacks get for the former WWE Champion, Bautista shared a trick he used to survive some matches.

I hid inhalers under the ring and with people working around the ring. I’m not kidding. The cold venues were my nightmare. https://t.co/kpAPQ9EKpz