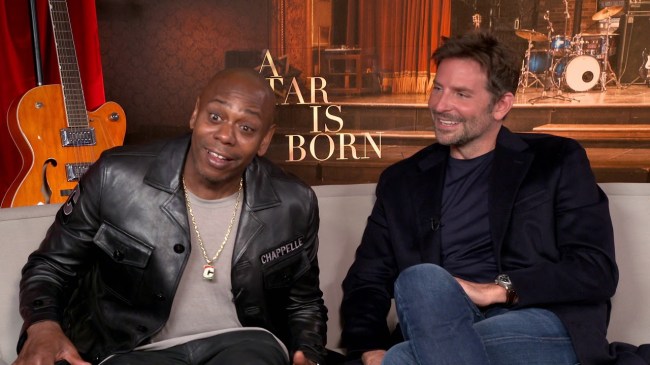 If you’re like me — and, given that you’re reading this website, means that you kinda sorta are, whether you like it or not — then David Khari Webber Chappelle holds a very special place in your heart.

Despite coming off the air about 15 years ago, Chappelle’s Show still remains as one of the most hilarious, ingenious, and influential comedy shows of the 21st century. Just saying the phrase “black white supremacist” or “Mad Real World” almost serves as a time machine directly back to the year 2003.

But as we all know about Dave Chappelle, following the conclusion of Chappelle’s Show, the iconic comedian went off the grid for about a decade. Then, about five or so years ago, Chappelle began to mount a comeback, reintegrating himself into Hollywood with the same biting style of comedy that made him a living legend 10 years prior.

These days, Chappelle is very much back in our lives and his comedy can be found almost anywhere, whether it be his award-winning Netflix specials, his current Broadway show, or his appearance in Bradley Cooper’s A Star Is Born.

And when it comes to A Star Is Born, Chappelle recently revealed at one of his intimate Broadway sets that Cooper practically begged the generation-defining comedian to appear in the film.

According to report by Vulture, during the Q&A session of his limited-Broadway run (Chappelle is currently in the midst of a five-show residency at Broadway’s Lunt-Fontanne Theatre), Chappelle was asked about his involvement in A Star Is Born and how it came to be. The answer is typically Chappelle.

“Chappelle, who lives in Ohio when he’s not traveling for work, told the crowd that he happened to be at a hotel in London with Kanye West when West introduced Chappelle to Cooper. Chappelle was impressed by Cooper in his role in the West End production of The Elephant Man, but he didn’t think much of it until Cooper later showed up at Chappelle’s annual barn party in an effort to convince Chappelle to consider the part.”

“Even after the trip to a barn in Ohio, Cooper had to keep calling Chappelle “every two days” before Chappelle finally agreed to show up for the few days it would take to shoot the role, and Chappelle explained that he decided to do it mostly to get Cooper to stop bugging him.”

“He sent me the script …” Chappelle cracked, “but I never read the script. I didn’t know the shit was going to be good!” [Vulture]

Chappelle’s decision to appear in A Star Is Born was obviously a wise one, as the film went on to become one of the most well-received of the year.

And Cooper — the frustratingly handsome and talented bastard that he is — obviously knew what he was doing in casting Chappelle, because the second he appears on the screen, you feel like you’ve arrived in the comfort and safety of an old friend’s home.