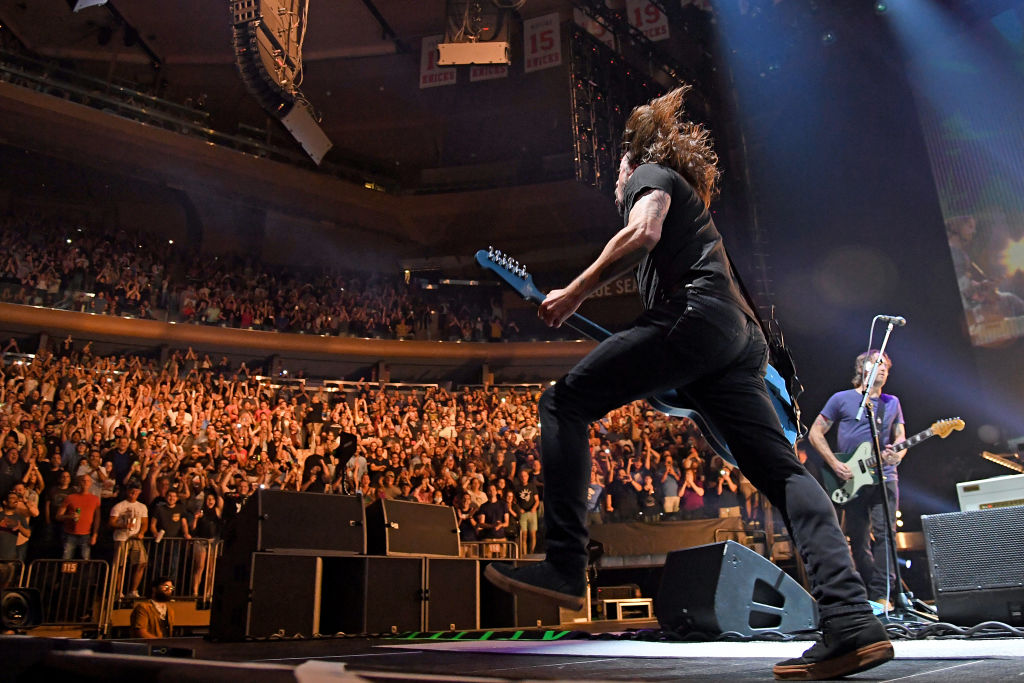 Full capacity concerts at Madison Square Garden are BACK after The Foo Fighters played a sold-out show on June 20th. It was the first full capacity concert at MSG since March 2020 and the band brought out special guest Dave Chappelle for a cover of Radiohead’s ‘Creep’.

I’ve seen more concerts at Madison Square Garden than any other venue on the planet. I have seen Phish play there over 20 times and I can’t even count the other bands. MSG is the best live music venue on the planet if you’re in decent seats.

It’s also a very special place, one that brings out the best in performers. The Foo Fighters know this. Dave Chappelle knows this. Any band or comedian who have performed to sold-out crowds at MSG knows how special the vibe there is.

Dave Chappelle and The Foo Fighters are actually long-time friends. Dave hosted the Saturday Night Live episode where Dave Grohl and the band was the musical guest. So this wasn’t completely without precedent but it was still very unexpected for everyone in the crowd. Here are two clips filmed from different angles. The first one’s close-up but I think the second one has better sound:

MSG is back. NYC is back. This is going to be one of the greatest Summers of our lives. I cannot wait until I get back to the city in a few weeks or months. After living there for nearly ten years after college I never went more than a month without visiting New York and now it’s been a year and a half.

Here’s the fascinating tale of how ‘Everlong’ by The Foo Fighters came to exist. And here is how Dave Chappelle was spending his time at small comedy shows during the down year.

The Foo Fighters hop back on their Summer tour on 7/28 with a sold out show in Cincinnati, Ohio. They then jump over to Europe for an international tour. Dave Chappelle currently has a bunch of shows lined up at Foxwoods Casino in Connecticut and then the Hard Rock Casino in South Florida. You can pick up tickets to see all of these acts by using GoogleDotCom. You know where to find it.