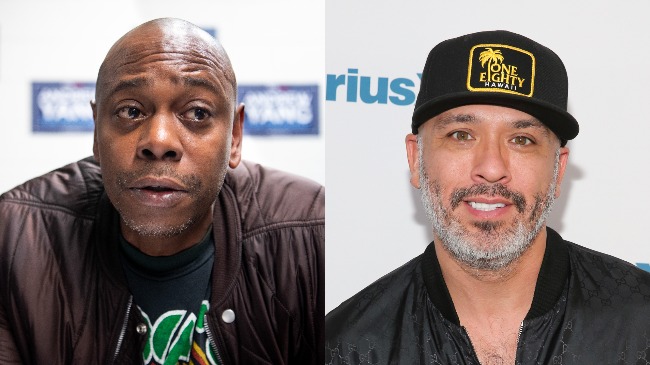 There are very few people in history who can snap their fingers in the sludge of a global pandemic and summon America’s entertainment icons to *checks notes* Yellow Springs, Ohio.

Dave Chappelle is one of them rare breeds, and in the summer and fall of 2020 the legend corralled stars like Jon Stewart, Chris Rock, Louis CK, Jo Koy, David Letterman, Bill Burr, Tiffany Haddish, John Mayer (just spin the damn Celebrity Wheel) to his Ohio hometown with a population that couldn’t even fill a section of the Horseshoe. 3,872 people to be exact.

We sat down with comedian Jo Koy, who’s hilarious new memoir Mixed Plate is all the buzz, about what Chappelle Summer Camp was really like and the impact the greatest living comedian has on that tiny podunk town in Ohio.

Comedian @JoKoy recalls performing at Dave Chappelle's Yellow Springs show in rural Ohio and how much clout Chappelle has in his small town.

"Every building in that town he owns. I even said they should change it to Chappelle Land or some shit." 😂

“We’re talking private jets, bro. All expenses paid. And then getting off the plane and going right into an SUV, a string of SUVs. And then from the SUVs, right to a hotel that’s probably 200 years old. Just the most beautiful thing. It’s like you’re sleeping in a museum. And the rapid COVID testing.

Everything he did was A class—from the sound system to the cameras he has. Everything’s documented, by the way. It’s another special. If he wants to drop it, he can do it tomorrow. It’s so amazing. And just the people I shared the stage with, it was amazing. Mo Amer and Michelle Wolf, Ali Wong, Tiffany Haddish, Donnell Rawlings, Dave.”

“Dave winning 2 Emmys that night,” Jo continued. “You know what I mean? I’m on stage and I hear him cheering in the green room. That was the first thing I said. It was like, ‘Sounds like you won another Emmy and I’m fuckin’ out here in a cornfield!”

Koy admitted to being blown away by the cavalierness of the town’s approach to Dave, treating him like just another resident despite him quite literally owning the town.

“He’s literally trying to save that town. He’s bought every building. Every building in that town he owns. They should change the name to Chappelle Land or some shit. Everyone was traveling all over the country to be there. It was like Woodstock, man. It was crazy. It was bumper to bumper. Every business in town was thriving and it was all because of Dave. And the way he walks around that town, everyone respects him. No one’s running up to him taking pictures.

Struggling with his identity growing up as a half-Filipino, half-white kid. Dealing with racism. Convincing his mom that comedians and clowns are not the same.

Check out our full interview with Jo Koy below and pick up his highly-rated new book Mixed Plate: Chronicles of an All-American combo HERE.