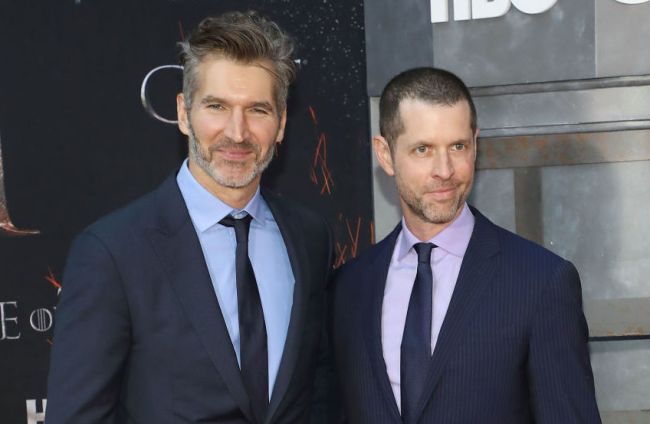 Is it weird that part of me sort of feels bad for these guys? Granted, they’re both absolutely loaded and the one with the douchey haircut is married to an actress, but as far as their reputations go, they’re absolutely shot to hell, right? I fear that the final season of Game of Thrones was so spectacularly awful that David Benioff and D.B. Weiss have become a meme unto themselves, now synonymous with cutting television corners.

Still, despite their calamitous handling of Game of Thrones‘ ending, Netflix’s faith in the duo — who they signed to a $200 million overall mega-deal last summer — remains unwavering, as they’ve just announced the first project from the pair, an adaption of The Three-Body Problem.

The Three-Body Problem, the story of humanity’s first contact with an alien civilization inspired by @cixinliu’s renowned novel, will be adapted as a Netflix series from David Benioff, D.B. Weiss and Alexander Woo. pic.twitter.com/Dily05j2Vw

The pair are adapting the Chinese sci-fi book trilogy The Three-Body Problem, the story of humanity’s first contact with an alien civilization, written by Chinese author Liu Cixin. Benioff and Weiss have put together quite a list of creative partners for the series adaptation.

All jokes aside, while “The Double D’s” may have spoiled their reputation among millions of Game of Thrones fans, I’m still on board for whatever project they bring forth next, as I’m not willing to simply forget the six excellent, borderline revolutionary seasons of Game of Thrones that preceded its final two sub-par entries. If the key for Benioff and Weiss is having source material to guide them (as was the case with seasons 1-6 of GoT), it sounds like that’s exactly what The Three-Body Problem will provide.