David Fincher Reveals How ‘Mindhunter’ Was Going To End 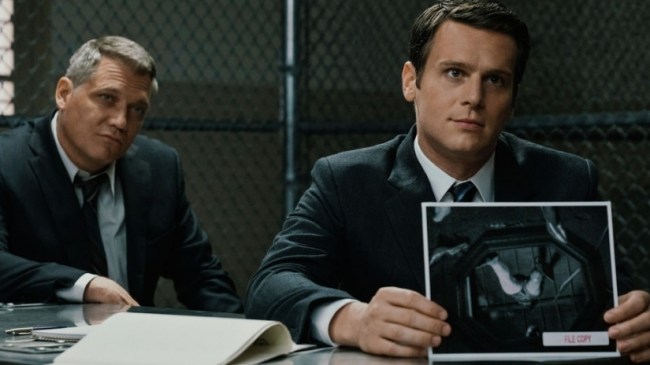 From everything I’ve heard so far, David Fincher’s Mank — which is set to hit Netflix on December 4 — is one of the best films of the year and will be a strong contender in multiple categories at the next Academy Awards. And you know what? That’s great. Good for David Fincher. If he wants to go off and make a black-and-white passion project about the screenwriter of Citizen Kane, go crazy, man, you’ve earned it. But is this what *I* want to see from Fincher, the genius behind Seven, Fight Club, Zodiac, The Curious Case of Benjamin Button, The Social Network, Gone Girl and Mindhunter? Absolutely not. When I’m tuning into a Fincher project, I want it to be as Fincher-y as possible — give me all of the twists and turns and bleakness and gruesomeness that he’s become known for throughout the last 30 years.

So, am I excited for Mank? Gotta be honest with ya, not really. I’d much rather Fincher be working on Mindhunter, which more or less sounds like it’s dead over at Netflix even though he said himself that he’d “love to revisit it.” Not only did the auteur say that, but Fincher also revealed where Mindhunter would’ve eventually headed, saying that he was planning on wrapping up the series with the arrest of the BTK Killer in the early 2000s.

Tangential to the main plot, the series had been steadily teasing the development of the BTK Killer in stinger scenes at the beginning and end of various episodes, clearly laying the groundwork for the notorious murderer’s eventual arrest. Maybe one day.