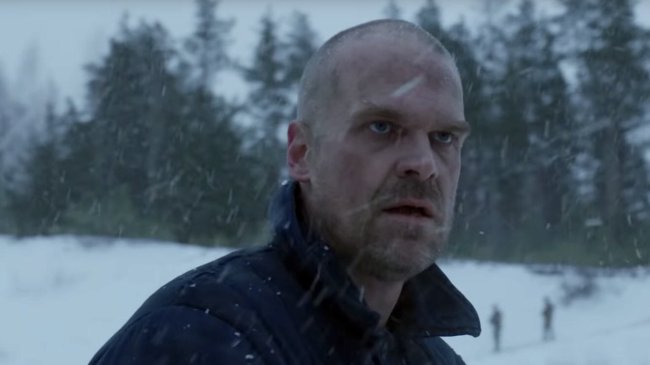 Had it not been for this little global pandemic, we would’ve probably gotten to enjoy Stranger Things 4 by now. Hell, there would’ve been a lot of things we would’ve been able to enjoy, most of which are certainly more important than Netflix’s nostalgia-soaked sci-fi series.

All that said, given the record-breaking popularity of Netflix, there are, quite literally, tens of millions of people across the globe who would’ve already binged Stranger Things 4 by now, making its delay (regardless of its relative lack of importance in the grand scheme of things) a bummer all the same.

Luckily for patiently-waiting fans like you and I, though, series star David Harbour is promising that the wait will be worth it, as the fourth installment of Netflix’s most popular show is his favorite yet.

RELATED: ‘Stranger Things’ Producer Teases That Season 4 Will Be The Series’ Best Yet

In a recent interview with People Magazine, Harbour — one of the series’ two major breakout stars alongside Millie Bobby Brown — spoke about the upcoming batch of episodes and how it’s set to reveal what sounds like the “darker” side of the beloved Hawkins police chief Jim Hopper, who we know is currently being held prisoner in Russia.

Detailing that the show’s creators, The Duffer Brothers (Matt and Ross Duffer), are “very responsive to the fan response” but also “a step ahead with the script,” Harbour told PEOPLE exclusively that audiences will “see a lot of your favorite characters doing the thing that you love them for … but you’ll also see them twist it and turn it into other colors and other flavors.”

“And one of the great things that you can see with Hopper is that he was a protector, he’s a man of justice [and] he now has become a prisoner,” he shared. “He’s trapped and he’s isolated.”

“And we get to see an entirely other color of him that has been hinted at,” Harbour added. “… This season is my favorite because he really is going to show you some new colors and what he’s really made up of.” [via People Magazine]

David Harbour says ‘Stranger Things 4’ is his favorite, teases that Hopper will be a darker character.

"We get to see an entirely other color of him that has been hinted at. He really is going to show you some new colors and what he's really made up of."

With production on Stranger Things 4 ramping back up earlier in the Fall, you can expect it to hit Netflix either in the Summer or Fall of 2021.