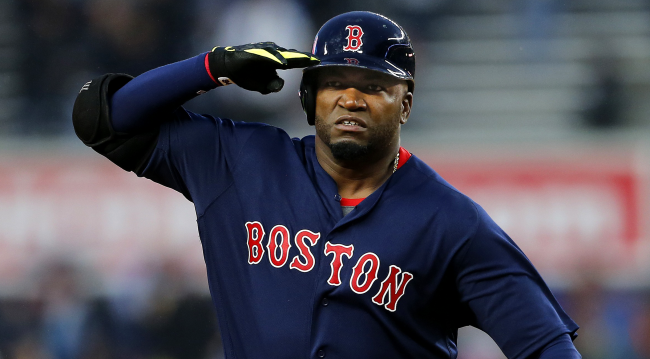 Next week, on Tuesday, January 25, the Baseball Hall of Fame will announce its 2022 inductees. Or maybe it won’t. Because there is a pretty decent chance that for the second year in a row the Baseball Writers’ Association of America (BBWAA) may not give any player the required 75 percent of the vote they need for induction.

The most likely candidate, and really the only player who even has a chance at making the 2022 Baseball Hall of Fame class is former Twins and Red Sox slugger David Ortiz.

CBS Sports reports that David Ortiz is tracking at 83.6 percent, but as they point out, old school voters are more likely to keep their ballots private and tend to vote for fewer candidates. Which means that percentage is likely to drop once all the ballots have been counted.

One voter who has already stated he won’t be voting for Ortiz is Boston Globe writer Dan Shaughnessy. Instead, for the second year in a row, Shaghnessy will be casting just one vote and that will be for second baseman Jeff Kent.

Dan Shaughnessy not voting for Ortiz but voting for Jeff Kent is just the most Boston thing ever 🙌🏽🙌🏽🙌🏽🙌🏽 pic.twitter.com/DJn1ODDFLs

If that seems stupid to you, it’s because it is. Jeff Kent was a very good player and honestly, should be a stronger candidate for the Hall of Fame, but c’mon.

“You know Dan Shaughnessy has been an a–hole to everybody, so what can I tell you?” Ortiz said on Wednesday’s Merloni & Fauria show. “It’s not a surprise for me, it’s not a surprise for y’all. Now he didn’t vote for me, so what can I do? I mean, seriously, that’s not gonna stop anything. It’s just one guy that didn’t vote for you, and there’s nothing you can do about it.”

“He’s got no damn power, bro,” Ortiz continued. “You know that. He’s just got the power of the pen to write whatever he believe on. But everybody knows that he’s an a–hole. What else can you do?”

If Ortiz doesn’t get in, it will most likely be because he allegedly failed a performance enhancing drug test in 2003, something he has denied.

At least there will be a Hall of Fame ceremony this year, unlike in 2020, as Buck O’Neil, Bud Fowler, Jim Kaat, Tony Oliva, Minnie Miñoso and Gil Hodges were all already voted in by various era committees.