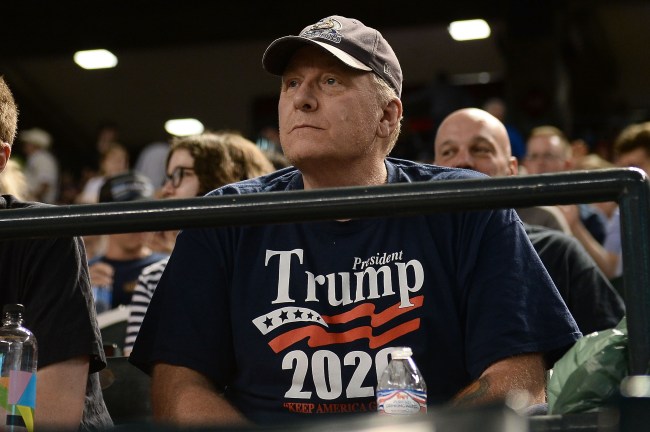 Since his retirement in 2009, three-time World Series champion Curt Schilling has done everything in his power to alienate those who don’t own a tin foil cap.

The uber-conservative’s post-playing days have been marred with controversy, once calling Hillary Clinton a “skank” and “murderer,” claiming that ESPN has the most racist employees in sports, and alluded to lynching journalists.

Schilling, who ended the 2004 regular season with an astounding 21-6 record (second in Cy Young balloting), was not invited by the Red Sox organization in 2018 to be honored with several other players from the curse-breaking squad, a snub he didn’t take too well.

This week, Schilling fell 16 votes shy of the Hall of Fame in his ninth year on the ballot, finishing at 71.1 percent below the necessary 75 percent to be admitted.

In response, Schilling wrote a long-winded letter on Facebook, Schilling requested to be removed from the entire process, calling the baseball writers “cowards.”

“I will not participate in the final year of voting. I am requesting to be removed from the ballot. I’ll defer to the veterans committee and men whose opinions actually matter and who are in a position to actually judge a player. I don’t think I’m a hall of famer as I’ve often stated but if former players think I am then I’ll accept that with honor.”

The World Series MVP also took a thinly-veiled shot at guys like Roger Clemens and Barry Bonds, who in his estimation have undermined the game far more than he ever did.

I’ve certainly been exposed to racism and sexism and homophobia as it’s part of who human beings are. I’ve played with and talked with gay teammates. I’ve played with wife beaters, adulterers, assaulted, drug addicts and alcoholics. I’ve never hit a woman, driven drunk, done drugs, PEDs or otherwise, assaulted anyone or committed any sort of crime.
But I’m now somehow in a conversation with two men who cheated, and instead of being accountable they chose to destroy others lives to protect their lie.”

Schilling shouldn’t take the snub too personally, as no player was selected to the Hall of Fame this year, the first time since the 1950s.