David Ortiz Forced To Have Another Surgery, His Third Since The June 9 Shooting 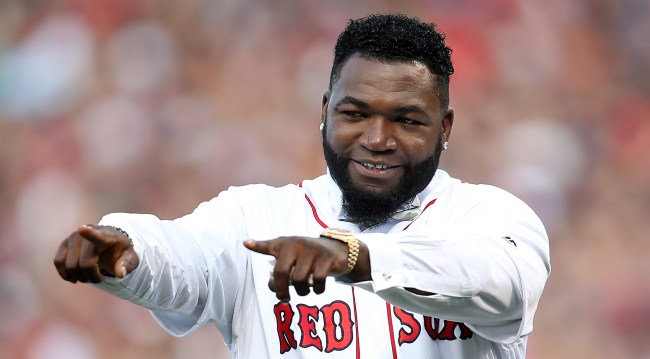 Despite being over a month since he was tragically shot in his home country of the Dominican Republic, Boston Red Sox legend David Ortiz was forced to have yet another surgery this week, his third since the June 9th shooting.

The Red Sox released the following statement on behalf of David’s wife Tiffany Ortiz just after 10:30 a.m. on Thursday, July 11:

“Earlier this week, David underwent a third surgery for complications resulting from his gunshot wound. The operation was performed by Dr. David King at Massachusetts General Hospital. David is recovering and is in good spirits.

We continue to be incredibly appreciative of the kindness and compassion shown to David and to our entire family during this difficult time.”

At this time, it is unclear exactly what those complications were and how serious they were. Luckily, it appears that the surgery went well and Ortiz continues on the road to recovery.

The #RedSox today issued the following statement on behalf of Tiffany Ortiz: pic.twitter.com/U8rkXT7oaH

While initial reports out of the Dominican Republic indicated that Ortiz was the target of a gang-related hit for his alleged relationship with a woman who had ties to a “drug lord”, Dominican authorities have since denied those suggestions.

In a statement on Wednesday, June 19, Dominican Republic Attorney General Jean Alain Rodriguez said that the actual target of the shooting was another individual who was sitting at a table with Ortiz at the Dial Bar and Lounge.

Since the shooting, 11 people have been arrested in connection to the botched assassination attempt, including the shooter Rolfy Ferreras Cruz, who also claimed that Ortiz was not the intended target of the hit.

As for a timetable for Ortiz’s recovery, it is unclear when he is scheduled to be released from the hospital.

The thoughts and prayers of our team are with David Ortiz and his loved ones during this difficult time. Rest up well, Big Papi.