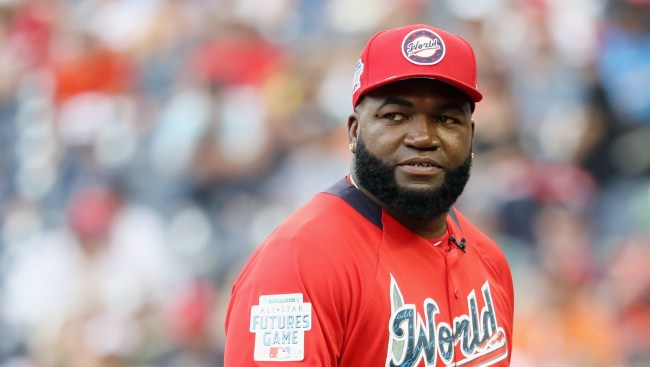 As if the story surrounding Boston Red Sox legend David Ortiz being shot in the back at a bar in Santo Domingo wasn’t strange enough, now a new twist has been added, thanks to comments by law enforcement sources in the Dominican Republic.

According to DailyMail.com, authorities in the Dominican Republic confirmed the motive for the shooting as being something straight out of a gangster movie.

Police in the Dominican Republic believe former Boston Red Sox star David ‘Big Papi’ Ortiz was shot by two cops hired by a Dominican Republic drug lord who believed the baseball player was having an affair with his wife, DailyMail.com has learned.

Three law enforcement sources confirmed the motive on Monday as Ortiz, 43, recovered in the hospital.

The drug lord has not been named.

On Monday, Ortiz’s representative Leo Lopez denied that the shooting had anything to do with a woman but said it was the act of ‘hired’ killers.

‘There is no doubt that it was an act of hired killers.

‘If we had known that there was a dangerous situation, he would not have been there at that moment,’ Leo Lopez told Diario Libre.

A 25-year-old man named Eddy Feliz Garcia was arrested following the shooting, but not before receiving a brutal beating at the hands and feet of fans of Ortiz until police arrived.

It is currently unclear what part Garcia played, if any, in the shooting and the police investigation is still ongoing. While being beaten Garcia claimed that he didn’t know anything about the attack on Ortiz.

Ortiz’s father Leo told ESPN, “Doctors say that David is out of danger, thank God. What they have told me post-op is that the doctors believe he will recover quickly. Big Papi will be around for a long time.”

Ortiz’s media assistant, Leo Lopez, stated, “We do not know at this point if any additional surgery is required but if it is, it will be done in the United States.”

The Red Sox have said that they will send a private plane to bring Ortiz back to the United States for more treatment.

Anxiously waiting for more news. In the meantime, only prayers for @davidortiz, Tiffany and their family. https://t.co/IlE2v4g38t

Thoughts and prayers going out to @davidortiz… 🙏🏼🙏🏼🙏🏼

Pull thru Big Papi🙏🏾. Dang what a world we live in😔

Thank God you are stable. Wishing you a full recovery. Love you my brother. God always protects his children and you are one of them @davidortiz. pic.twitter.com/8S3Aru2tog

Thinking of @davidortiz, his wife, Tiffany, and their children. One of the best on and off the field. Prayers for a full recovery. 🙏🙏🙏

🙏🏽 praying for you Papi. Wishing my brother @davidortiz a speedy recovery, get well soon. pic.twitter.com/hYGO4fWALu

Saying a prayer for my man @davidortiz tonight.

All the prayers for @davidortiz right now 🙏🙏

Glad to hear you’re in stable condition @davidortiz Wishing you a quick recovery.

I can’t believe the footage I’ve seen of @davidortiz being shot in the back. Scary stuff and I’m certainly wishing him a speedy recovery.

Still processing the incredibly sad news of @davidortiz … No weapon forged against you shall prosper. Love you brother!!