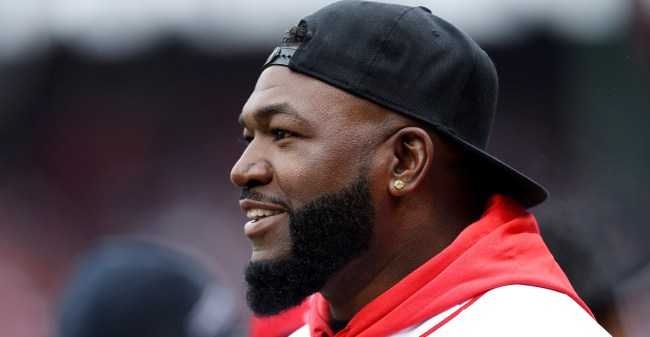 The latest news regarding the shooting of Red Sox legend David Ortiz are very positive. Ortiz’s father informed reporters that his son had successful surgery to treat his injuries and is expected to have a full recovery.

Initial reports stated that Ortiz was shot in an attempted robbery and was shot in the leg, but surveillance video from the scene revealed that was not the case as he appeared to be shot from behind in the back with no awareness that the assault was imminent.

Best news we’ve heard so far come from David Ortiz’s father, Leo Ortiz, who told reporters gathered at the clinic that David is currently resting after surgery and that no organs were affected by the bullet. He said the doctors anticipate full recovery. #BigPapi

I just spoke to @dSoldevila who is at the clinic where David Ortiz is currently being treated. Dionisio said me that the attending doctor told him that David was shot in the lower back and the bullet went through and through; he’s currently in surgery.

Police in the Dominican Republic are saying the gunshot wound suffered by David Ortiz was not from an attempted robbery, as initially speculated. Alleged video of the incident shows a man walking up to a bar, aiming almost point blank and firing a gun. https://t.co/lFSmXaylum

Ortiz is said to be in stable condition according to Leo Lopez, Ortiz’s assistant and press representative, who informed the media that Ortiz required surgery to remove his gallbladder and repair damage done to his liver and bowels as a result of the gunshot. He is currently in intensive care, where he is expected to remain for at least the next 24 hours.

According to Leo López, who works as David Ortiz’s assistant and press representative, his last surgery ended at 3:30am and he’ll remain in intensive care for the next 24 hours. López said doctors had to remove Ortiz’s gallbladder and control bleeding from his liver and bowel.

Additional reports state that an arrest has been made in the shooting and pictures of the alleged perpetrator of the crime show him having taken a massive beating to his face.

Dominican police have arrested this man in connection with the shooting of David Ortiz, according to @dSoldevila. Looks as though the videos previously circulating of a man getting kicked in the face and beaten down may indeed have been connected to the Ortiz case. https://t.co/YOjH8S8P8U

The Boston Red Sox have offered Ortiz the use of a private plane to fly him back to the States if needed.

We’re also told that the #RedSox have offered a private plane to fly David Ortiz to the United States for any additional treatment, if necessary. https://t.co/ECQFkp3mgv