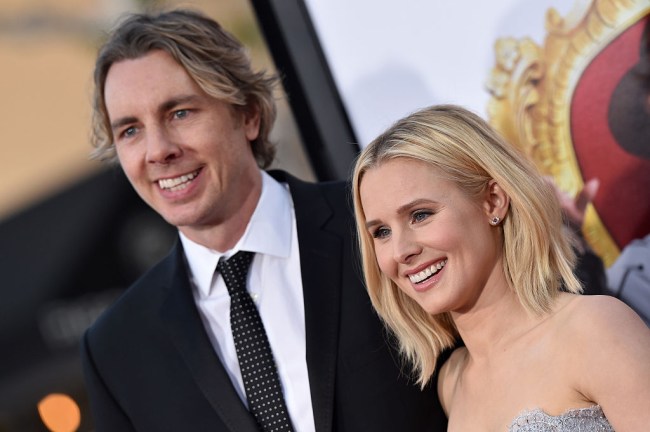 Dax Shepard and Kristen Bell have been married since 2013, which in celebrity marriage terms, is nine lifetimes. Congratulations on the milestone. The pair has been bluntly transparent in the past, with Bell calling her husband a “free spirit” and a “horn dog” whose attempts to be swingers is shot down every time he brings it up to his wife. The two have also admitted to their children walking in on them during an afternoon delight.

Welp, the media loves to bite into the juicy nectar that is a celebrity couple’s sex life, but the tabloid Star may have taken it a bit far. On Wednesday, Dax took to Instagram to share an email he got from a public relations person attached to the tabloid that requested Kristen Bell’s comment on a bizarre rumor the magazine was publishing about the state of their marriage.

The only offensive thing about this bullshit story is that @kristenanniebell isn't doing all this kinkiness out of horniness, but rather a desperate attempt to save her marriage. I think we all know Bell is a lot more gangster than that. I'll now give you until 4PM to comment, Star.

If you wouldn’t lock yourself in your room with a sock over the doorknob for the entire weekend to tune into a Detective Jim Hopper/Kristen Bell role play, we are horses of two different colors, my friend.