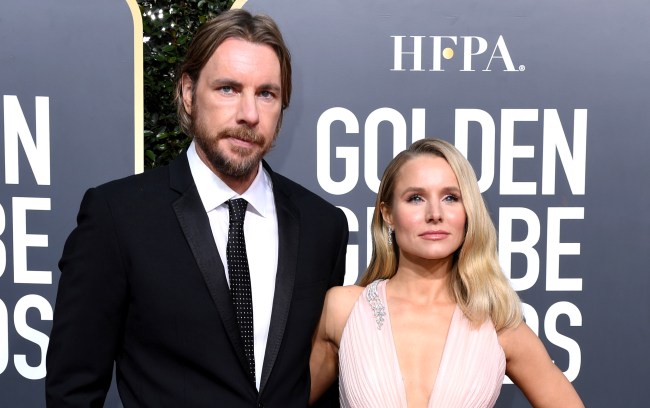 Speaking of famous couples that would probably be fun to hang out with, Kristen Bell and Dax Shepard have been stuck together in self-isolation just like the rest of us.

Also just like the rest of us, they have gotten sick of seeing each other’s faces, with Bell admitting to ET Online earlier this month, “We’ve gotten on each other’s last nerve these last couple days. We’re doing much better now because were laughing about it. But when we were not laughing about it for the first couple of days, that’s the hard spot”

Bell also told Katie Couric at the time, “This is as physically close as we’ve been in a couple of days ’cause we’ve just found each other revolting.”

What Bell and Shepard have been doing during self-isolation also includes something that, hopefully, none of us have been doing while cooped up: removing pins from our hands while our partner records it in front of our kids.

Which is exactly what Dax and Kristen did just the other day when Shepard decided, with a little help on the phone from his doctor, to remove the pins from his busted up hand all by himself.

After pulling the pin out to gasps from Bell and his kid, Dax tells the doctor, “It’s out. It’s out, there’s no blood spurting anywhere. I’m coming for your job, doctor. I’m going to add pin removal to my resume now.”

He then asks, “Am I the worst patient you’ve ever had?”

While it’s fascinating to watch Shepard remove a freaking three-inch pin from his own hand, the true highlight of the video is his kid asking all sorts of great questions like, “Can I see the pin? Is it covered in blood?”

“We’re on day ‘I can do my own surgery’ of quarentine [sic],” wrote Bell in the caption.