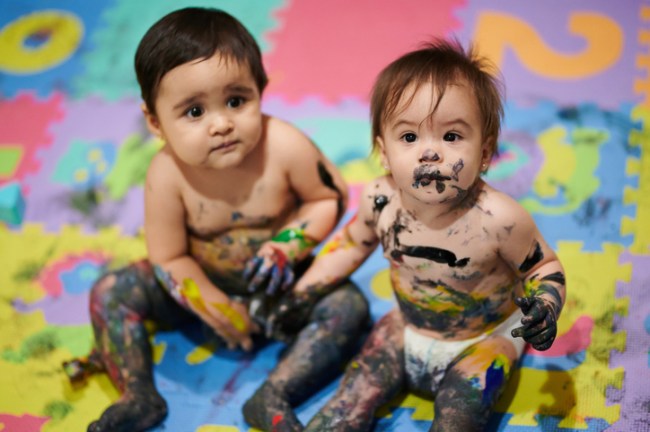 Major controversy out of Sanibel, Florida this week. A mom picked her toddler son up from daycare, brought him home, and found a message scrawled all over his stomach like that confusing Christopher Nolan movie Memento. She does what any normal mother would do and solicits the counsel of Facebook. All of Facebook. You know, that company those Olympic twins made? 2.4 billion users? Seems like a good place to start. The post goes viral, the teacher gets fired, and here we are.

What kid doesn’t want to be drawn on? That’s fun time. And to have your body convey a message to your mom about her negligent parenting? Seems only appropriate. Like when people write “wash me” in the dust of dirty cars. They tried to tell her the traditional way—through a report left in his lunchbox—and she missed it, so they were left with no choice. If you don’t want the note on the kid, buy the diapers. Simple.

Here are the mom’s thoughts:

“In the very worst case scenario, I can’t see anything other than ‘need diapers’ needing to be written,” she added. “Why a big long message needed to be written across my son’s stomach is beyond me.”

So, you’re telling us that your issue isn’t with the fact that the teacher wrote on your son, but rather that she wrote… too much? Are you kidding me? It’s a matter of being concise? Ugh. Who is this lady?

Nevermind, she’s right. Less is more. Brevity is the soul of wit and all that. Can’t have daycare teachers doodling all over kids’ bodies. Keep it short and sweet.