Dead And Company Live Stream 2022 – How To Watch Every Show 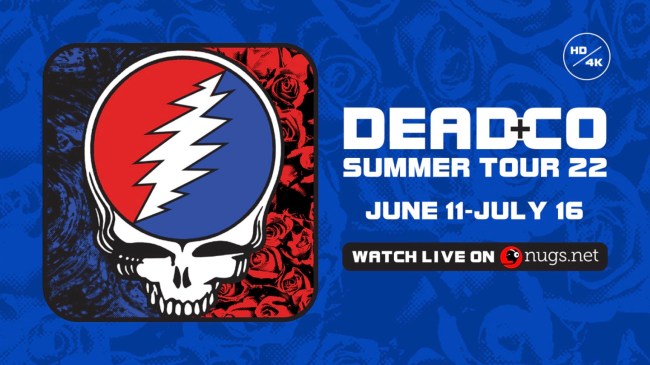 Folks, it’s summer tour season and Dead and Company is officially on the road again. This tour crisscrosses the country, kicking off at Dodgers Stadium on Saturday, June 11th and ends at Citi Field in New York on July 16th. If you’re looking to boogie at home with Bobby, Billy, Mickey, and the rest of the gang, you can buy a Dead and Company stream via nugs.net.

If you’re not familiar, nugs.net is the best thing to ever happen to live music fans.

If you can’t make it to a show, you can watch a Dead and Co stream for every single show of the tour via Nugs.net. Each show is being streamed in regular HD or stunning 4K. Once you buy the Dead and Company stream, you can watch it live and/or on-demand with 48 hours of replay.

Here are the prices for the Dead and Company streams via nugs.net:

Setting up an account via Nugs.net is easy – takes about two minutes and you’re good to watch.

Have fun out there! Be safe, be kind. Remember the motto: If you get confused, just listen to the music play.

It’s gonna be an epic summer.