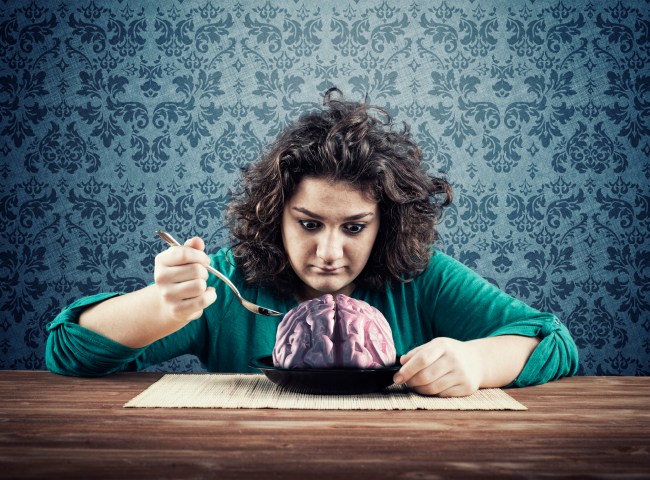 We already know the world is screwed well into next year. Walmart shopping society remains optimistic that between science and U.S. Congress, all of our problems will be solved. Those of us who wake up pissing cynicism and paranoia know better. We’re over here wondering what the holy heck they are really feeding the American sheeple anyway, and why is it that government officials weren’t among the first to eat. But, if we’re honest, it’s not just the supposed “cure” for a nerve-rattling year that is giving us that uneasy feeling. It’s what’s coming next. All you have to do is scan the news for five minutes during a morning dump, and you’ll see that the next Earthly scourge could be anything from a savage alien invasion to an uprising in brain-eating amoeba.

Although it used to be we’d only hear of one o4 two people getting snuffed out by brain-eating amoeba every year, new research from the Centers of Disease Control and Prevention (CDC) indicates that more of us could soon be doomed to have our minds leeched by these ornery suckers. While Americans were busy masking up (or fighting it tooth and nail), engaging in riotous behaviors, and stressing about the outcome of the 2020 election, brain-eating amoeba (Naegleria fowleri), a dangerous single-cell organism mostly found in the southern parts of the country, were becoming more prevalent in the United States than they’ve been in the past four decades.

These little bastards are apparently moving north, the CDC reports. The agency is finding more of them turning up in Midwestern states, which could pose a significant threat to a population not yet versed in the wicked ways of these microscopic beasts. And make no mistake, they are freaking wicked.

This devastating amoeba is typically found in lakes and rivers. It goes in for the kill by first swimming up their victim’s nose and then wreaking havoc on the brain in such a way that it turns it to mush. It does this by causing a mostly fatal infection known as primary amebic meningoencephalitis. Don’t worry about trying to pronounce it. Just don’t let it get you. Because let’s just say, it’s not the most romantic way for a person to slip off the edge of the world.

The first wave of symptoms may include headache, fever, nausea, and vomiting. Not a huge deal or anything. Feels kind of like something between the Rona and a vicious hangover. But by the second wave, sheeeeeeeiiiit! It’s a real mother. A person can experience hallucinations, seizures, altered mental states and even coma. And nope, there’s no cure for it. Death is pretty much imminent with this one, folks. In fact, only 148 people have survived this gnarly infection since 1962.

Okay, so what can the average person do to keep their brains from being turned to slop by tiny swamp pests? Just STOP swimming in filthy bodies of freshwater like a bunch of hillbillies. And if you must venture offshore, stay in the boat with a cooler of beer.

These places are breeding grounds for all sorts of nasty creatures, including the unforgiving brain-eating amoeba, that can make a person sick or dead. And while infection from these microscopic monsters is purportedly rare, there’s no telling what’s to come. Perhaps some evolutionary black magic has already summoned them up from the ooze and unleashed their fury onto dry land. If that’s the case, well, 2020 was just the beginning. Don’t worry, though. The swamp people will inevitably be the first to go.